INCISIV National
Acasă Armata The Army and Air Force are locked in battle over missions and... 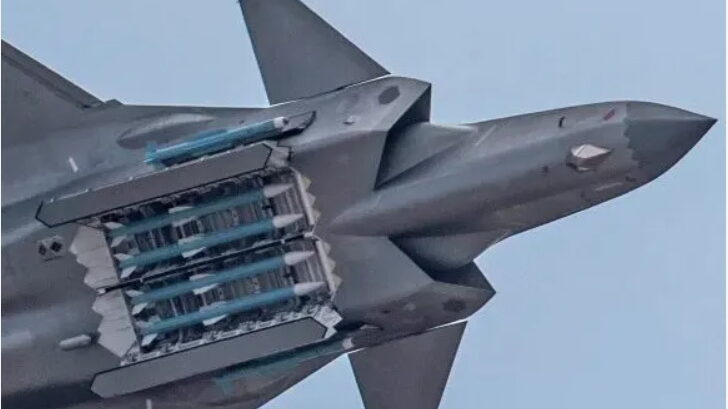 The chairman of the Joint Chiefs — an Army guy — has predicted a “bloodletting” with the Army the likely loser as the country grapples with how to manage the growing rivalries with China and Russia.

Stopping the rivalries and unifying the country behind the need for a strong military will require both a White House willing to negotiate a higher defense budget with Republicans in Congress, and Pentagon leaders willing to articulate the need for sufficient resources and tamp down infighting.

Tight defense budgets have historically caused the services to battle among themselves for scarce dollars and we are already seeing those fights returning. Such brawls unhelpfully distract from the core issue today, namely that the proposed level of defense funding is inadequate to develop the military necessary to counter China and others.

President Joe Biden and Vice President Kamala Harris at the Pentagon, with Secretary of Defense Lloyd Austin and Chairman of the Joint Chiefs of Staff Army Gen. Mark Milley

Essentially, the Biden administration’s budget request asks the Pentagon to do more with less. While calling for a 16% hike in domestic spending, it calls for a paltry 1.5% increase in 2022 defense spending—not enough to cover inflation.

The military has found itself in this predicament before. In 2013, cuts driven by the Budget Control Act of 2011 hammered the DOD, which although making up only 16 percent of federal spending bore the brunt of 49 percent of the cuts. Before that there were reductions in the 1990s, the late 1980s and late 1970s. Those came on top of the drawdowns following the Vietnam and Korean Wars and World War II.

In each of those periods of scarcity, the military services often fought among themselves for the dollars needed to preserve their warfighting capabilities.

Maybe the most famous Pentagon brawl was 1949’s “Revolt of the Admirals,” when the Navy squared off against the Air Force about the role of each service in the strategic nuclear deterrence mission. The crux of the fight was the Navy’s desire to keep its super carrier, while the Air Force fought to fund its strategic bomber. Sparked by downward budget on the Defense Department, the rivalry distracted focus from the military’s miserable conventional readiness, which became horribly obvious to all in 1950 in the early days of the Korean War.

While the “Revolt” might be the most well-known example, rivalry for funding in the Pentagon becomes routine every time money gets tight.

Following the 1991 Gulf War and anticipating budget fights, bitter arguments were waged about the role air power played in winning the war, and whether it was decisive on its own. This rivalry similarly diverted attention from the military procurement holiday which began in 1993 and witnessed sharp declines in equipment buys.

When there is real growth in the defense budget, services are generally able to settle inter-service disputes reasonably, allowing each branch to preserve the forces they have and conduct modest modernization programs.

Last month, only weeks after the commander of the Indo-Pacific region referred to Army efforts to field precision ground-launched missiles as “critically important,” a senior Air Force general dismissed them as “stupid.” A thinktank associated with the Air Force piled on, calling the Army’s missile initiative “needless duplication,” a point they had been making for some time

The jockeying for cash goes back further, of course. Last year, the Chief of Naval Operations, Adm. Michael Gilday, made a plea for a bigger share of the defense budget: “My service should get a larger share of the Pentagon budget at the expense of the other two. One-third, one-third, one-third … isn’t necessarily aligned with where we need to go against the pacing threat that we face.” And the Army immediately fired back with their own narrative.

Sun Tzu advised that “if the forces against you are united, separate them.” By engaging in this unhelpful interservice rivalry, the leaders of the military services are allowing those who would see their budgets reduced to defeat them in detail.

The larger problem is not the Army’s new missiles. Nor is it that the Air Force and Army balk at giving the Navy more of their budget. No, the existential issue is a wrong-headed attempt to constrain defense spending at a time when the Pentagon is charged with being prepared to deal with an emboldened China, an aggressive Russia and a host of other issues, including new guidance for DOD to serve as a leader in fighting climate change.

To align strategy to budget, the Biden Administration must acknowledge they have placed the defense department in an untenable position and be willing to work with Congress to establish a higher defense topline. For their parts, Defense Secretary Lloyd Austin and Gen. Mark Milley, Chairman of the Joint Chiefs, must simultaneously articulate the need for sufficient resourcing while solving self-defeating rivalries before they become public.

Only with a team effort will America be prepared to respond to the threats that directly challenge our security.

Thomas Spoehr, a member of the Breaking Defense Board of Contributors, is director of the Heritage Foundation’s Center for National Defense. He’s a retired Army lieutenant general.

The threat of Russian drones, helicopters, and attack jets drove the first fielding to a...

The HASC tactical air and land forces subcommittee wants the Air Force to explain “how...