INCISIV National
Acasă Armata “The risks are real but are not quite as bad as some... 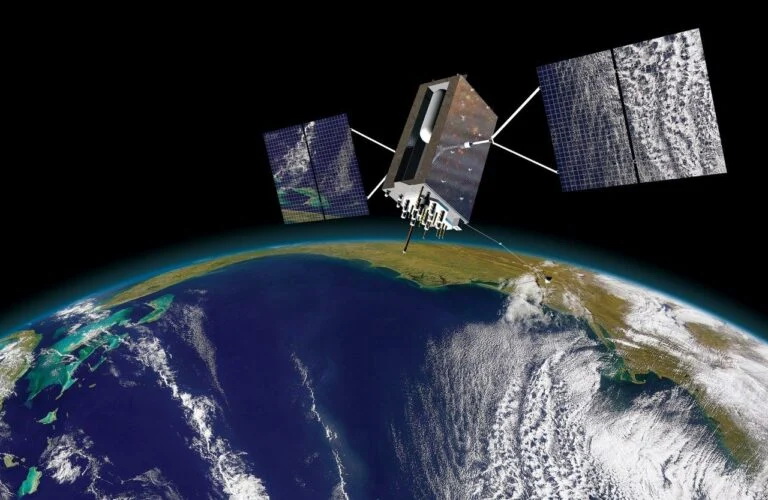 Reports citing dire threats to GPS resulting in severe economic loss should be considered with a large grain of salt, a new RAND study on the resiliency of US positioning, navigation and timing (PNT) infrastructure says.

While the study’s scope does not cover DoD requirements for the Global Positioning System during wartime and in theaters abroad, experts say the findings on threat and consequence analysis are applicable to Pentagon decision-makers as they consider future PNT needs.

“I’ve made many of those same points about how unrealistic a physical attack on GPS would be,” noted Secure World Foundation’s Brian Weeden. “The risks are real, but are not quite as bad as some have claimed in some of the hypothetical ‘day without space’ scenarios.”

The study, “Analyzing a More Resilient National Positioning, Navigation, and Timing Capability,” was commissioned by the Department of Homeland Security as a partial response to a mandate in the 2017 National Defense Authorization Act.

First of all, the RAND authors caution that accurately determining the probability of success for each of the multiple ways to attack the GPS system is nearly impossible. Nonetheless, RAND suggests, in a subtle but unmistakable way, that many previous studies have exaggerated those threats.

“Plausible potential threats from human actions and natural hazards are of very limited duration—days at most— and most threats are also quite limited in areal coverage,” the study says.

The RAND report explains that it would be difficult for a terrorist group or an adversary to jam all access to the various GPS signals (some of which serve only civilians; other, more precise signals, serve government agencies and the military) at once, or to disrupt/destroy the entire constellation of 31 satellites. And if those things happened, US leaders would have much bigger problems to deal with.

“A small number of larger-scale threats (e.g., nuclear war directly targeting space systems, large- scale cyber intrusion and sabotage) could affect GPS functioning for longer periods. Such scenarios could result in the loss of GPS for months or even years if many new satellites needed to be produced, in spite of the fact that national security demands would likely drive efforts to reconstitute capability as quickly as possible by building and launching replacement satellites,” the study says. “Aside from such low-probability scenarios in which the loss of PNT might not be the most immediate national concern, virtually all other disruption or loss scenarios involve effects lasting for days.”

To cope with smaller scale attacks, there are plenty of other PNT options for domestic US users — including for critical infrastructure sectors such as the electric grid. “Although GPS is an important component of the national PNT ecosystem, it is far from the only source of capability for PNT,” the RAND study says bluntly.

“Precision clocks have decreased significantly in cost, making it practical for firms that rely on exact timing—such as financial trading firms, air traffic control, and communications firms—to affordably integrate clocks into their infrastructures,” the study explains. “Other technologies for positioning and navigation signals are commercially available for implementation in wide areas, smaller geographic areas, and even in individual commercial facilities.”

RAND notes there also are non-US PNT satellites systems available with both near-global and regional coverage; for example, the European Union’s Galileo constellation. (Indeed, many civilian GPS receivers — such as in smartphones — already automatically connect to Galileo and other PNT satellite networks.)

When all those factors are considered, RAND found that — at least with regard to the civilian sector — the costs of any GPS disruption or loss aren’t likely to be catastrophic (although the report doesn’t include any dollar figures.) “When estimates of the cost of GPS disruption or loss include realistic adaptation options and existing complementary technologies, the estimates are surprisingly low.”

Therefore, the study recommends against the federal government investing large sums into promoting alternate PNT capabilities for civilian uses, although it does say that “modest” investment in threat detection could help bolster private sector efforts to develop GPS alternatives.

“The conclusion from our economic analysis is clear: Given realistic estimates of the costs of GPS disruption, the bar for extensive government investment in a backup to GPS (that does not serve some other purpose) is very high and therefore difficult to justify,” it says.

That conclusion runs somewhat counter to the Trump White House’s Space Policy Directive-7 (SPD-7), experts say, which pushes for a coordinated US government initiative to invest in alternate PNT. SPD-7 in large part was based on a study by the Transportation Department, which found that while some current alternate PNT systems can stand in for GPS’s timing function, none provide robust enough positioning and navigation capabilities. (To be fair, RAND makes the similar point that no one tech can replace GPS.)

The GPS Innovation Alliance, comprising a wide variety of users, largely agreed with the RAND findings. “There should be an eye towards cost-effective solutions that afford the appropriate level of capability to the greatest number of users, without diverting funding from the GPS program,” J. David Grossman, its executive director, said in an email.

SPD-7, however, also focused directly on the need for increased Pentagon focus on making GPS signals more jam resistant, as well as improving cybersecurity. And that policy push is still valid, experts say.

“It’s a very different problem for the military to think about how to deal with GPS denial in a warfighting scenario than for DHS and DoT to think about GPS outages from an infrastructure perspective. In general, solutions to one of those problems probably aren’t going to be effective for the other problem,” Weeden explained. “In that sense, the findings don’t apply to the DoD in that RAND didn’t look at how to improve the resilience of GPS in warfighting scenarios.”

Todd Harrison, director of the Aerospace and Security Project at the Center for Strategic and International Studies, agreed.

“I think this report is addressing a different question than DoD is facing. This report seems to be focused on PNT services in the United States, and there are a lot more alternatives and work-arounds in CONUS,” he said. “DoD’s problem is having reliable PNT forward, to include inside the borders of adversaries.”

“For critical technologies where failure is not an option, including on the battlefield, PNT redundancy makes sense,” Grossman concurred.

Indeed, the Pentagon is on notice from Congress that it wants to see more progress on finding solutions to that problem — in response to long-standing concerns from Combatant Commanders about battlefield access to GPS. Section 1611 of 2021 NDAA, called “Resilient and Survivable Positioning, Navigation, and Timing Capabilities” and spearheaded by the Senate, requires development, integration, and deployment of these capabilities by 2023. The 2021 NDAA further fenced 20 percent of funds for the Air Force secretariat until the department can show progress on prototyping a military receiver to link not just to GPS, but also to Galileo and Japan’s Quasi-Zenith Satellite System (QZSS).

And while the services (including a big push by the Army) and DARPA have a number of research projects on alternates to GPS ongoing, a May 10 report from the Government Accountability Office (GAO) concludes that those efforts “are not prioritized” by DoD. For example, the watchdog group noted that “there is no central program office responsible for developing the variety of alternative PNT technologies across DoD.” Further, GAO said, the Pentagon is having trouble actually defining performance parameters for such systems to meet.

Indeed, even efforts to improve the resiliency of GPS itself to attacks — such as enabling the highly encrypted M-Code for military receivers — are moving at not much more than a snail’s pace.

“M-Code rollout remains a big challenge. They’re still years behind schedule and have a long way to go,” Weeden said.