INCISIV National
Acasă Armata “From the DoD’s perspective, they’re highly dependent on for fabrication and... 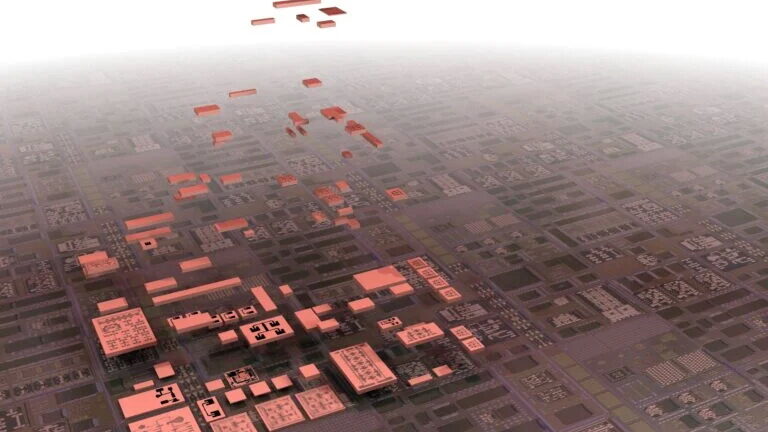 The Pentagon is seeking $2.3 billion to improve its ability to make specialized semiconductors for military use, as well as to fund next-generation chip innovation.

Semiconductors, used in almost every advanced weapon, are especially critical to enabling a range of defense “disruptive technologies,” such as hypersonics, AI, and 5G — all of which receive significant funding in the proposed 2022 budget.

Currently, the Defense Department works with US commercial partners to design and manufacture (i.e., fabricate) semiconductors for military use. Semiconductors for DoD’s specialized use cases and most sensitive programs — such as nuclear command and control and the Intelligence Community — are entirely fabricated in US-based foundries (specialized facilities for making chips) through the Trusted Foundry Program. But this is only a small percentage of the overall number of chips DoD uses, according to Hudson Institute expert Bryan Clark. (Clark co-authored an op-ed for Breaking Defense on the need for a US microelectronics strategy.)

“Within the Trusted Foundry Program, there are a small number of providers that are stable,” Clark tells Breaking Defense. “They’re not fragile because DoD pays a premium to them. Fragility comes into play with all the other semiconductors DoD relies on.”

Most chips for DoD applications are designed by US chipmakers but fabricated in overseas foundries — primarily at TSMC in Taiwan and Samsung in South Korea. About 70 percent of all chips globally are fabricated in Asia, and that number rises to about 90 percent for the most sophisticated chips, which are in some commercial off-the-shelf tech used by DoD. Altogether, DoD and the IC comprise about 10 percent of the US chip market, Clark says.

Should China ever strike against Taiwan or North Korea against South Korea, the result would be disastrous for the US military and economy. “DoD is a small customer worldwide for semiconductors, but it relies on these overseas providers for 90 percent of the chips that go into DoD tech,” Clark says. “The vast majority of that 90 percent is coming from TSMC and Samsung, along with smaller companies in Japan, the US, and other places. From the DoD’s perspective, they’re highly dependent on [Asia] for fabrication and packaging.”

This has led to an unacceptable vulnerability in the microelectronics supply chain. “The US means of domestically producing advanced, assured microelectronics is fragile and threatened,” the 2022 budget proposal notes.

The budget calls for a three-pronged strategy to lessen US reliance on foreign sources:

This funding, Clark says, really falls into two buckets. The first is for support and possible expansion of the Trusted Foundry Program, which will continue to meet DoD’s current needs for sensitive programs and specialized use cases. The second bucket is for next-generation chip designs — “new chip architectures that are inherently less vulnerable,” Clark says.

Next-gen chips are being addressed in a slew of ongoing, multi-year initiatives. The Rapid Assured Microelectronics Prototypes using Advanced Commercial Capabilities (RAMP) and the State of the Art Heterogeneous Integrated Packaging (SHIP) are two programs in the overall next-gen chip initiative and are overseen by the office of the undersecretary of defense for research and engineering under the Trusted and Assured Microelectronics program.

RAMP focuses on chip design. Its goal is “to develop a secure design and prototyping capability to demonstrate how the DoD can securely leverage state-of-the-art microelectronics technologies without depending on a closed security architecture fabrication process or facility.” The DoD chose IBM and Microsoft for Ramp phase 1 last year, as well as chipmaker Qualcomm for an “other transactions agreement.”

The SHIP project’s goal is “to demonstrate a novel approach to a secure, assessable, and cost effective [state-of-the-art] integrated, design, assembly, and test leveraging the expertise of commercial industry.”

Complementary to RAMP and SHIP is RAMP-Commercial. RAMP-C looks across the entire microelectronics life cycle — notably, at domestic fabrication of chips. The goal is to incentive US chipmakers to build onshore foundry capabilities to support DoD-specific design and commercial off-the-shelf components. RAMP-C received proposed solutions from commercial providers in March, and the contract award is currently pending.

DARPA has also been instrumental in advancing several semiconductor innovation projects, such as the Electronics Resurgence Initiative and SAHARA (Structured Array Hardware for Automatically Realized Applications).

Notably, DoD’s proposed $2.3 billion for 2022 is not intended to address the domestic foundry shortage in its entirety. There are other initiatives as well. The so-called CHIPS legislation (Creating Helpful Incentives to Produce Semiconductors for America Act) passed by Congress last year will incentivize US companies to build new chip fabrication capacity domestically, via some $50 billion in tax breaks and subsidies. The CHIPS Act has not yet been funded by Congress, but it’s expected to be as part of the Endless Frontiers Act. The Senate postponed a floor vote on the Endless Frontiers Act last week.

How does the US find itself in this highly vulnerable position for such an integral product to so many facets of defense and the commercial tech economy?

As Clark and his Hudson Institute colleague Dan Patt previously noted in a BD op-ed, “Despite being home to six of the top ten semiconductor sellers, facilities in the United States only manufacture about 11 percent of the world’s chips, down from 40 percent in 1990.”

During a DARPA summit last year, former DoD Undersecretary of Defense for Acquisition and Sustainment Ellen Lord said factors such as “governmental policies and regulations, environmental constraints, safety constraints, wages, and taxes drove up the cost to manufacture microelectronics in the United States, and that this was one of the causes of industry moving manufacturing overseas.”

More recently, Joyce Corell of the Office of the Director of National Intelligence told the public and private sectors that the past year has been a “wake-up call” on the “fragility” of US information and communications tech supply chains.

“Everyone in the US and worldwide has learned about supply chain resilience since the pandemic,” Corell said at an event this spring. “Supply chain issues are now dinner table conversations. We all saw how fragile some [supply chains] were and how resilient others were.”

The Biden administration issued an executive order in February to review US supply chains, with special attention given to semiconductors and other critical tech to the US economy.

While the chip issue is sufficiently significant on its own, microelectronics are also key enablers of other defense “disruptive technologies,” such as hypersonics, AI, and 5G. DoD’s proposed budget seeks funding for these initiatives, to include:

The proposed 2022 budget cuts basic research, applied research, and advanced technology development by a total of $2.1 billion compared to the request for Fiscal Year 2021.

The Army and Air Force are still “defining the relationship” between TITAN and the Air...