INCISIV National
Acasă Armata “I think before you hand off the ball, let’s make sure there... 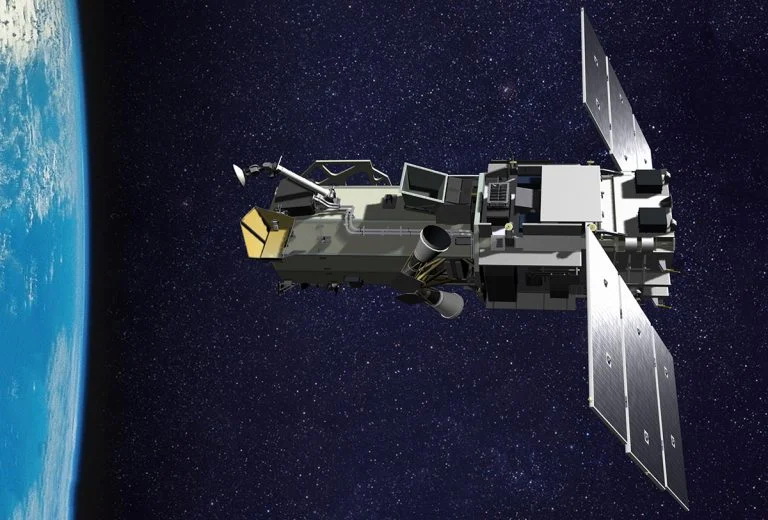 One of the the founding fathers of the Space Force is less than enthusiastic about the new service’s push to take over responsibility from NRO for providing tactical-level intelligence, surveillance and reconnaissance from space.

Rep. Jim Cooper not only chairs the House Armed Services strategic forces subcommittee, which oversees the Space Force, but he also has a seat on the powerful House Permanent Select Committee on Intelligence (HPSCI), which oversees the National Reconnaissance Office.

NRO, he told a webinar sponsored by the National Security Space Association (NSSA) today, “has a proven track record in that regard” and cautioned that shifting gears may not be wise.

“I think before you hand off the ball, let’s make sure there won’t be a fumble — and the Space Force has a lot on it’s plate right now. So let’s not rush these decisions, and if it’s being capably handled today, let’s probably stick with that for the time being,” he said.

“Remember, we’re all on the same team here, whether you’re playing half back or full back, like, give me a break,” he added. “All that really matters here is whether the warfighter is well served, whether the Intel Community is well served.”

Space Force Chief of Staff Gen. Jay Raymond last month revealed a previously classified program to develop radar satellites capable of tracking moving ground targets — a concrete step in the service’s ambitions to take on the job of procuring space-based ISR for the other services. He argued that while owning and operating satellites to collect ISR traditionally has been the job of the NRO, Space Force isn’t really claim jumping. Rather, he said, the service should now assume responsibility only for providing battlefield imagery to military commanders — much as the Air Force has been using drones to provide airborne ISR. That would in effect split the space ISR mission into a strategic component, handled by NRO, and a tactical component overseen by the Space Force.

Further, Raymond’s deputy, Gen. DT Thompson, back in April said Space Force is working to expand its acquisition of commercial space services from only satellite communications to include ISR data and analysis. NRO also is currently in charge of buying ISR data from commercial companies. NGA, however, has the job of analyzing that data (along with ISR coming from Intelligence Community sources) and disseminating it to users — from commanders in the field all the way up to POTUS.

While Space Force leaders have said they are in discussions with their Intelligence Community counterparts about how to mesh their respective roles, it remains less than clear whether or not there actually has been any top-level agreement on such a shift. Indeed, in response to our questions, both NRO and NGA made clear they still hold the reins with regard to space-based ISR.

NRO “remains fully engaged and committed to meeting the tactical Intelligence, Surveillance and Reconnaissance (ISR) requirements of our military command and service partners. We have not divested this mission,” a spokesperson said in an email response to our questions.

“We continue to adapt in response to the evolving tactical ISR needs of the military, and will continue to do so in a manner that eliminates potential gaps in our national overhead capabilities,” the spokesperson added. “The NRO is the best in the world at providing overhead ISR support to more than 500,000 government users, including every member of the Intelligence Community, two dozen domestic agencies, our nation’s lawmakers, decision makers, and certainly not least—our nation’s warfighters.”

At the same time, the NRO’s partnership with the Space Force is “strong and collaborative,” the spokesperson said. “Our programs support and complement each other, and our strong relationship is essential to our nation’s strategy to protect and defend capabilities in this key domain.

For its part, “NGA has not been asked to divest our mission responsibility to provide GEOINT to the DoD. We continue to work closely with DoD to meet all of their documented requirements,” a spokesperson said.

Former DoD head of space policy Doug Loverro explained that the issue at stake is who gets to call the shots about “tasking” — that is, where satellites are ‘pointed’ and when, based on whose priorities. This question of tasking, in fact, is one of the reasons for the Army’s long-running campaign to find a way for it to use small satellites for ISR, either its own satellites or, as currently planned, to put its own ISR payloads on either commercial or other national security satellites.

“The problem for the NRO is that they serve multiple constituencies – the national command authorities, the intelligence agencies (NGA, NSA, CIA), the Department of State, and the services,” he said. “So, they have developed a long-revered strategy of a highly complex priority scheme to decide who gets to task what, when. And the problem is, no matter how good you make that scheme, no matter how well you satisfy a high percentage of the requests, someone will always be dissatisfied. And since there are more warfighters in the field than all the other users in those other institutions (NCA, IC, DoS, etc) you will always have more military leaders who will feel as if their needs were not met. And, when that happens, they will demand their own systems to control.”

The question now is whether NRO or USSF will meet this need, he said.

But even if the mission is shifted to the Space Force, there could still be a problem for military users if the service holds too tightly to satellite tasking and disseminating data, Loverro said.

“The real issue will be whether the USSF understands this need well enough to satisfy the other services, or if, like for UAVs, each service will end up making their own arrangements. My fear is that the USSF will, as its AF brethren did for UAVs, focus on a more centralized model than a decentralized model,” he said.

Neither a spokesperson for Griffin or the MDA would comment, citing pending legislation.