INCISIV National
Acasă Armata The HAC report rebukes the Air Force for a lack of transparency... 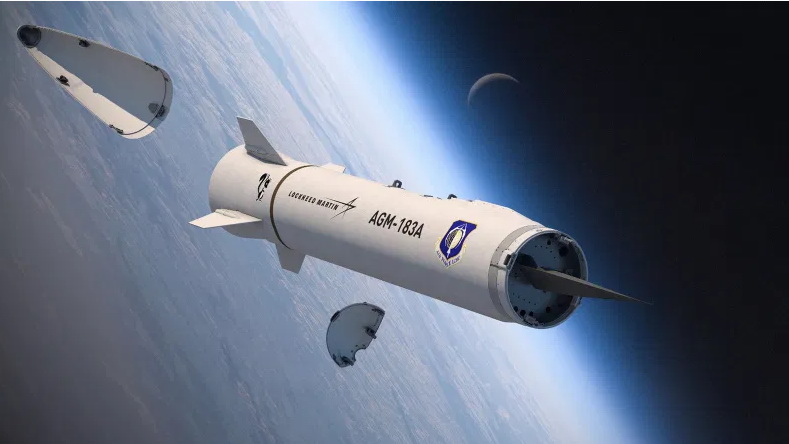 House appropriators treated the Air Force gently in its fiscal 2022 budget report, which increases the service’s procurement request of $4.44 billion by some $679 million.

But that doesn’t mean the service escaped criticism, with members knocking the Air Force’s transparency over its various hypersonic weapon programs and, for the first time in years, not adding additional F-35A joint strike fighters to the planned buy.

The report from the House Appropriations Committee (HAC) defense subcommittee will go through markup with the whole appropriations committee on Tuesday. Read about the Navy’s results here and the overall numbers here.

Service aircraft procurement was the clear winner, with the subcommittee adding $900 million in extra funds. In particular, lawmakers threw $485.8 million into the procurement pot to buy four extra C-130Js specifically earmarked for the Air Force Reserve. (As reported last month, the subcommittee provided a total of $1.35 billion for 13 C/MC/KC-130J aircraft.)

But the aircraft buys were offset by hits to both missile and ammunition procurement, which took cuts of $140.3 million and $122.8 million respectively.

House appropriators have made good on threats by key congressional Democrats to halt the long-standing practice by lawmakers of adding aircraft to the Pentagon’s annual proposed F-35 Joint Strike Fighter buy, providing $8.54 billion in procurement funds for just the 85 aircraft requested— 48 of which are Air Force F-35A models. (The committee did give the service an additional $50 million in F-35 procurement funds for “depo acceleration.”)

The report does not explain the decision (summarized by the HAC on June 29) on the F-35 buy. But the lack of an increase in funded aircraft reflects the warning by House Armed Services readiness subcommittee chairman Rep. John Garamendi, D-Calif., who back in April said congressional Democrats are done with business as usual for the JSF due to concerns about the jet’s expected $1.2 trillion life-time sustainment costs.

The Air Force is the largest customer for Lockheed Martin’s F-35, currently planning to buy a total of 1,763 aircraft — although that number isn’t set in stone as the service attempts to work out its future plans for combat aircraft. And in fact, for the first time this year, the service did not ask for additional F-35As in its unfunded priorities list.

The most interesting language in the report with regard to Air Force RTD&E was a rebuke by lawmakers of the lack of transparency and budget fluidity in the service’s hypersonic prototyping efforts. To fix that, the HAC-D created new line-items for both the Air-launched Rapid Response Weapon (ARRW, fully funded at $238.3 million) and the Hypersonic Attack Cruise Missile (HACM, funded at $190.1 million, a $10 million cut).

“In order to ensure transparency and budget discipline, the Committee separates the funding for hypersonics prototyping into two new lines, one for the ARRW effort and one for the HACM effort. This increases the transparency of funding and subjects both efforts to normal prior approval reprogramming requirements,” the report said. In addition, the appropriators demand that the Air Force report to Congress “not later than 30 days following the initiation of the first all-up round test” on ARRW, to cover “both the result of that test and whether the result supports a decision to initiate procurement of the first lot of ARRW missiles.”

Despite calls by progressive Democrats to halt the the Ground Based Strategy Deterrent (GBSD) program to replace the aging Minuteman III ICBMs, the HAC reports expresses the committee’s support for the program’s continuation — but with a warning about the need to control costs as it moves into procurement. To that end, lawmakers asked for a quarterly briefing on program progress including “consistent metrics to track cost and schedule performance by the prime contractor.” The committee funded the GBSD at just above $2.5 billion, trimming just $21 million from around the edges.

Likewise, the subcommittee asked for a quarterly budget briefing on the Long Range Standoff Weapon (LRSO) as it transitions to engineering and manufacturing at the end of this fiscal year (having passed its Milestone B in May), trimming its $581 million RTD&E request by $28 million.