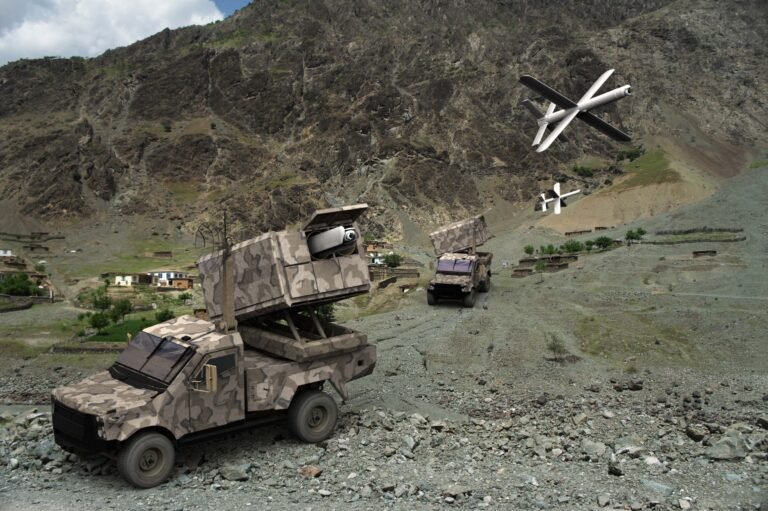 Two advanced loitering weapon systems manufactured by Israeli company UVision will be tested in the US before the end of the year, according to a company executive, as the firm continues to seek inroads into the American market.

The demonstrations, which the company says are set for October at the Dugway Proving Ground in Utah, will be include the Army, Air force, Navy and representatives from US Special Operations Command.

Israeli-made loitering weapon systems were used extensively during the 2020 Nagorno-Karabakh conflict between Azerbaijan and Armenia. The main such system used by Azerbaijan was the Harop, made by Israel Aerospace Industries (IAI), a weapon that is larger than the UVision system designs. But the results of using this type of weapons caught the attention of a number of militaries around the world, regardless of producer.

It’s a capability that is also slowly entering the American military. The US Army has previously purchased the Switchblade system manufactured by AeroVironment, and UVision was recently awarded a contract to supply its Hero-120 loitering weapon systems to the Marine Corps. The system will be integrated with the LAV-M light vehicle, the Joint Light Tactical Vehicle, and the LRUSV, a future autonomous ship capability. Uvision has formed an American subsidiary in expectation of additional contracts from the US armed forces for the company’s other loitering weapons systems.

Avi Mizrachi, a retired Maj. Gen. with the Israeli armed forces who is now CEO of UVision, told Breaking Defense that “Some of our systems are combat proven. I cannot be specific but the operational results will be presented to the Americans.”

As a result of the evolving battlefield, Mizrachi said the company is focusing on increased ranges for its weapons. And he sees a wide market for the systems, including “eastern Europe, where some countries are

worried from wars like the one between Russia and the Ukraine.”

Mizrachi stated that the US armed forces are specifically looking at the Hero-30 and the Hero-400 designs. The Hero-30 has been procured by the Israel MOD and has been equipped to operational IDF forces.

Per the company, the Hero-30 has a high precision tracking and lock-on capability, as well as a function for last-second-mission-abort and re-engagement for a second attack attempt or change of target. The current version of the Hero-30 weighs 6.5 pounds is and carried in a canister that is used also as a pneumatic launcher.

Once launched, an electric motor is turned on, and the weapon has an endurance of 30 minutes. It operates at altitudes between 1,000 and 2,000 feet, and also comes with a video stream back to the operator.

UVision is offering a special version of the Hero-30 to the Americans, which will be lighter and will carry a 1.2 pound warhead. The company is also working on extending the endurance for the weapon.

US forces will also test the Hero-400, according to Mizrachi. The larger weapon can be launched from a multi-canister for use on vehicles or forward operating bases. This system comes with two hours of endurance, and has a multi-purpose warhead the company claims is useable for anti-tank, concrete piercing and anti-personnel operations. Like the Hero-30, it can be recalled if needed.

UVision will offer its loitering weapon systems in a price that according to the company’s CEO is “much lower than the price of any competing system. Our systems are combat proven and are being upgraded all the time based on the operational results.”

The Observe and Orient steps of the OODA Loop are the heart and soul of...