INCISIV National
Acasă Anchete “Our analysis of the FY22 budget and the strategy that we think... 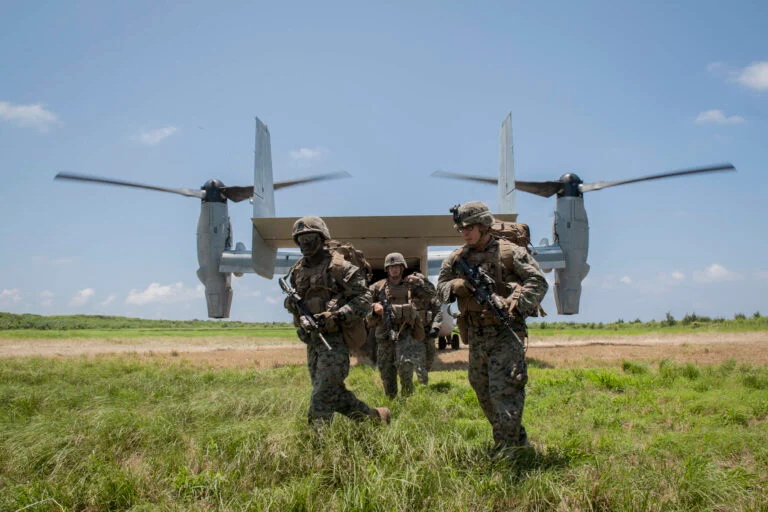 The Biden administration has a limited window to set America’s military on a new course – and the lack of a clear direction with its first budget means the Pentagon is already behind where it needs to be, warns a new report from the Center for a New American Security.

The report, authored by Stacie Pettyjohn, Becca Wasser and Jennie Matuschak, was based around a series of wargames focused on what would happen if China or Russia laid claim to territory against the wishes of a US partner or ally. The CNAS team tried three different constructs, one where the military is focused primarily on fighting a head to head war with a major power, and two where the military is focused on day-to-day, lower level deterrence.

Why make that split? Because fundamentally, with the US defense budget unlikely to grow significantly in the near term and major modernization bills coming due, the Biden administration — and the United States — is at an inflection point for what mission sets it must decide to forego.

Or, as Wasser told Breaking Defense ahead of the report’s release: “Our analysis of the FY22 budget and the strategy that we think the Biden administration is going in, it is trying to do too much with too little.”

In essence, the researchers concluded, the Biden administration’s first budget is split between shifting to prepare for a conflict with China and an unwillingness to make the big cuts that are needed for those preparations. It’s a bit of a do-everything budget, at a time when budget figures mean doing everything should no longer be an option.

The worst case? Should the Biden team be unwilling to make major changes in the fiscal 2023 budget, it would lead the US to having a military that can neither defeat a great power adversary in a conventional conflict, nor be able to intimidate a power from attempting a small land grab somewhere in the world, such as China in the East or South China Seas or Russia in the Baltics.

“The FY22 budget indicates that the DoD is not only doing more than it can afford, but it is also setting up the U.S. military force to be unable to meet future challenges and requirements to maintain U.S. military advantages and secure U.S. interests,” the authors conclude. “In many respects, this strategy reflects a middle approach as it does not necessarily make tough choices in prioritizing threats or U.S. military roles. It instead tries to do it all to hedge against a wide number of threats and mitigate risk over time. In doing so, it risks not being able to do anything particularly well.”

The report comes out as the Biden administration is hammering out its National Defense Strategy and the FY23 budget, and is a clear attempt to provide input into both those efforts. (Both women were quick to point out that the FY23 budget was largely laid out by the Trump team, a typical situation for a new administration given the time it takes to put a budget together.)

So, what should defense watchers be tracking in the FY23 budget request? The authors lay out a few clear signs:

Should investments in readiness remain high but operations and maintenance costs decline due to fewer overseas deployments and the divestment of older weapons systems, this will suggest that the department is resourcing the high-end deterrence strategy (Strategy 1). Alternatively, if end strength remains high along with readiness and operational tempo, it would appear that the administration is moving toward the day-to-day or full-spectrum competition strategies (Strategies 2 and 3). If the department spreads its resources to keep a middling level of capacity, readiness, and operational tempo for sub-conventional competition, while also making moderate investments in RDT&E, procurement, and divestment of some older capabilities, this would indicate a shift toward the full-spectrum competition strategy (Strategy 3).

Pettyjohn, who testified today in front of the House Armed Services Committee, noted that the single biggest thing the US military should do to free up resources for the Pacific is to start cutting  end strength, particularly from the Army. What that looks like exactly is a little unclear, but Pettyjohn described it as “a significant reduction and a recognition of the fact that the US isn’t looking to be deploying forces all over the world.”

Not cutting end strength to free up money, she noted, makes it unlikely that JADC2 — the department’s much-ballyhooed all domain warfare concept— will come to fruition, because the money simply won’t be freed up for needed investments.

“We would expect that there would be some investments in this JADC2/All Domain Operations—for instance in the Air Force’s Advanced Battle Management System—but that a more limited R&D budget would mean that AI has not fully matured and that weapons systems are only partially interoperable. Also as All Domain Operations, as it is currently envisioned, involves some redundancy in terms of capabilities (e.g. long-range fires) across the services, we would expect that the department could not fund all of these initiatives,” Pettyjohn said.

“JADC2/All Domain Operations would not likely be fully realized if the Biden administration follows a full-spectrum competition strategy because research and development needed to mature artificial intelligence and other decision-aid software would not be sufficiently funded. Nor will the services be able to invest as much in interoperability and putting in place the technical infrastructure to transform currently siloed capabilities into a interconnected network.”

Two other short-term, relatively low-cost fixes Pettyjohn suggests are: increasing procurement of ship-killing munitions that will be vital in the Pacific; and changes in the passive defenses of US bases, including what she described as the “unsexy” work of spreading forces out and adding redundant systems to air bases in the region.

You can read the full report here.

The $11.75 billion winner-take-all cloud-computing contract will consolidate IT networks and services across the military’s...

“We have a responsibility to educate those that are leaving the service that they...

Weapons from hypersonics to howitzers have key deadlines to meet next year to keep to...