INCISIV National
Acasă Armata “An interesting way to think about this is counter unmanned systems is... 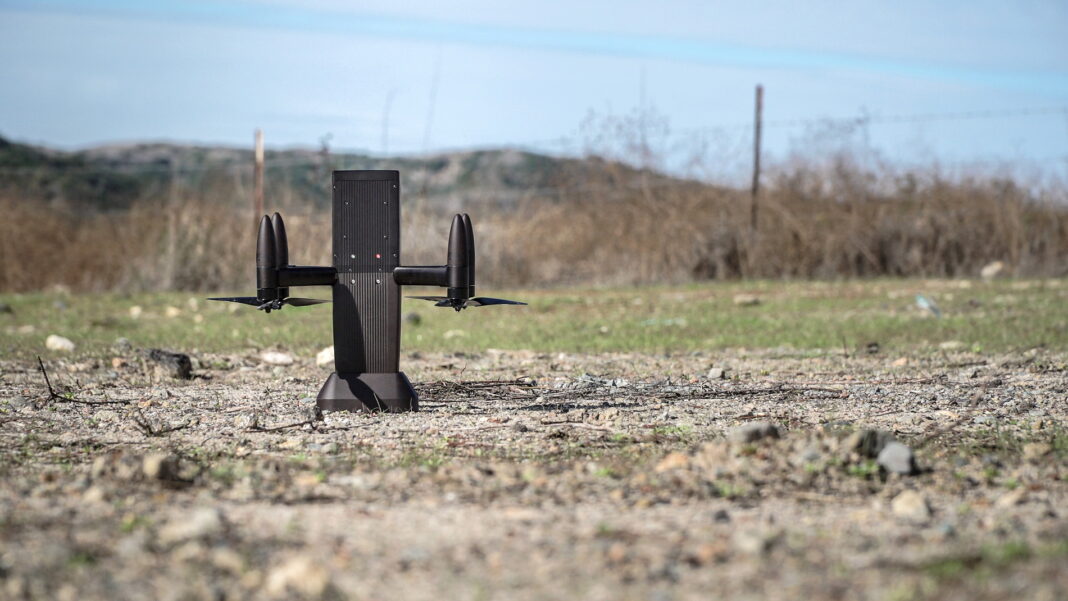 The Defense Innovation Unit has signed an agreement with tech company Anduril to provide counter-unmanned aerial system capability, with a unique setup that will allow Anduril to quickly update the military capabilities.

The agreement, a five-year deal worth up to $99 million, could serve as a proof of concept for both DIU and the tech firm — that a software solution can be quickly integrated in existing DoD locations, then updated on a rolling basis as new threats emerge, under a services contract model.

Instead of buying a piece of hardware to counter the UAS threat, DIU instead is setting up a contracting vehicle through which the various Defense Department agencies can essentially hire Anduril to implement and manage its Lattice artificial intelligence software.

But unlike traditional procurement, this contract is set up so that the end user, the military, gives broad parameters about what it needs, and then Anduril has the freedom to propose a solution it thinks will be best — whether that be off-the-shelf technology, something custom made, kinetic or non-kinetic.

“This agreement offers a cUAS capability as an annual fee with multiple configurations that provides flexibility for the DoD to respond to fluctuating requirements and tailor the solution to different sized installations,” said Matt Way, DIU counter-UAS program manager. “The cUAS as a Service model incentivizes continued iteration to maintain pace with threats and allows the DoD to benefit from the latest in commercial technology that can be rapidly integrated into this solution.”

While much has been written about the gap between the commercial tech sector and the Pentagon, Anduril is one of a handful of Silicon Valley firms directly targeting the DoD. The company has deep ties to Palantir, one of the biggest tech companies to enter the national security space, and has worked closely with DIU in the past.

The core of the system is the Lattice AI that takes the decision cycle of identifying a threat, gathering the characteristics, and choosing a response down from “minutes” to “seconds,” Matthew Steckman, chief revenue officer for Anduril, told Breaking Defense.

“We can surface decision points directly to the soldiers on base for immediate action,” Steckman said. “And so instead of, I’m looking at screens and I’m trying to knit this picture together in my brain as the fusion algorithm, and then I’m trying to figure out across my array of different defeat mechanisms what’s the best one — this system can instantly classify, this is a threat, here’s the top three ways that you might want to affect.

“You as the operator make a decision, and click a button, and then the system will take over from there, and so we’re surfacing those decision points quickly and efficiently. And in a way that you should just be able to walk up, understand what’s occurring, and then optimize on the best solution.”

While declining to say how much one unit, for lack of better term, will cost, Steckman promised that the money “will get them a significant amount of mission capability.”

Anduril does make several c-UAS systems, including its Anvil and Sentry Tower systems. But Steckman said that the company is focused largely on its software, which can be integrated onto a number of existing military systems.

“The differentiator for us is always going to be an automated command and control software. And there is, you know, so much existing capability out there that it would be silly for us to not try and apply these techniques to existing systems, to give them uplift,” he said.

“There’s going to be environments where that’s the solution. There’s going to be environments where the next generation of technology is essentially several standard deviations away from the current, where you’re not going to be able to integrate with existing and you’re going to have to roll out new techniques on the hardware side as well, and we’re positioned to do that based on a lot of the original systems that we develop as a company.”

As part of the contract, Anduril will also work with existing military systems to integrate them with Lattice, something Steckman noted is no easy deal given how existing systems are, largely, not designed to coordinate as part of a network.

Which comes back to the idea that this is a proof of concept, for both the company capability and for how DIU thinks the Pentagon should be conducting business. And that concept could have big impact on acquisition strategy for DoD’s pursuit of All Domain Operations.

Steckman noted that the software design is “directly paralleled” in the push for Joint All Domain Command and Control, or JADC2, one of the concepts underpinning what Pentagon planners expect to be the future way of conducting warfare.

“An interesting way to think about this is counter unmanned systems is essentially JADC2 in miniature,” he said, noting the company is working on larger, JADC2 specific efforts. ”You need the same software techniques, the same types of hardware and software knitted together in these elegant solutions, and you take that and you scale that up, and you’re starting to nip at what the JADC2 concepts are sort of meant to do.”

“The concepts that you use to solve this critical threat — moving towards mass on the battlefield, using software to integrate components in an automated way, using sensor fusion techniques, an algorithm to better understand the environment around you — all three of those things that I just said are one for one parallel in the current JADC2 doctrine.”

Indeed, Lattice was demonstrated last September as a JADC2-enabling software during the Air Force’s second “Onramp” experiment (a term the service has now jettisoned and replaced with the even more vague “Architecture Demonstrations and Evaluation”) under the Advanced Battle Management System (AMBS) program. More recently, it has been one of the AI technologies used by Northern Command in its Global Information Dominance Experiments (GIDEs), designed as a spur for moving AI capabilities into the hands of commanders as soon as possible.

Esper’s Navy plan remains stuck at the White House, but with the Trump term running...

“Now we’re just really working out the details for the timing that that will happen,...