INCISIV National
Acasă Anchete SWAC is not duplicating the functions of the joint DoD-IC Space Security... 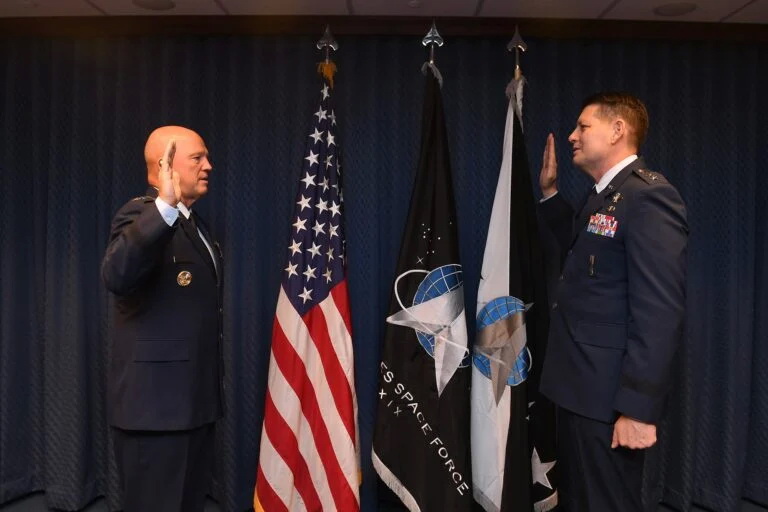 The Space Force’s fledgling — and embattled — Space Warfighting Analysis Center (SWAC) is close to finishing its first architecture study, which will recommend the composition of the US missile warning satellite network, according to Vice Chief of Space Operations Gen. DT Thompson.

“In fact, they have, they’re almost complete with their first serious ‘force design’ activity, which is missile warning, missile tracking, missile defense,” he said today at an event hosted by the Mitchell Institute.

Thompson noted that in the meantime the Space Force has “begun early planning with the Army for some follow-on transfer of some missile warning function.” (The Space Force also is “finalizing plans” to transfer some specific “satellite communications missions and functions” from the Army and Navy, he added.)

The creation of the SWAC, initiated by Space Force head Gen. Jay Raymond in his “CSO Planning Guidance” last November, has come under fire from House defense appropriators, who have refused to provide the $37 million for it in the Space Force’s 2022 budget request. The House Appropriations defense subcommittee argues that the SWAC duplicates the joint DoD-Intelligence Community Space Security and Defense Program (SSDP).

But Thompson argued today that that there is no duplication, and that the missions of those two organizations are quite different.

The SSDP is aimed at ensuring the “protect and defend” mission for US military and spy sats, he explained, whereas the job of the SWAC is what the Space Force calls “force design,” which is short-hand for configuring the nation’s myriad satellite fleets. (That term also has come under scrutiny, with some experts saying pointing out that crafting force structure and capability requirements is legally the job of Space Command.)

At the same time, Thompson said, the the National Reconnaissance Office (NRO) is “now part of that integrated force design activity” established by SWAC. “We have a close partnership; we work very hard on ensuring that there’s synergy and there’s not duplication,” he said.

Duplication between the NRO, which develops and builds US is satellites — and now also is charged with buying ISR data from commercial satellite companies — is a growing concern among lawmakers, and the subject of a number of interagency debates.

Space Force leaders are planning to both build new ISR satellites, and buy commercial data in order to to provide “tactical ISR.” The argument from Space Force is that it is simply taking over part of the mission set of airborne ISR, to ensure improved, and more resilient, coverage for future fights with peer competitors — especially China, over which airborne assets are at high risk.

Thompson noted that because of the advancing threats from China and Russia, there will be plenty of work for the Space Force and the IC to divvy up.

“There’s plenty of room for the national security space enterprise to work those problems together,” he added.

The 606th Air Control Squadron successfully used TORCC during the May 13-21 Astral Knight 21...

The Real Lessons of the 75th Anniversary of World War II