Acasă Armata The pace of drone attacks on American forces and its partners in... 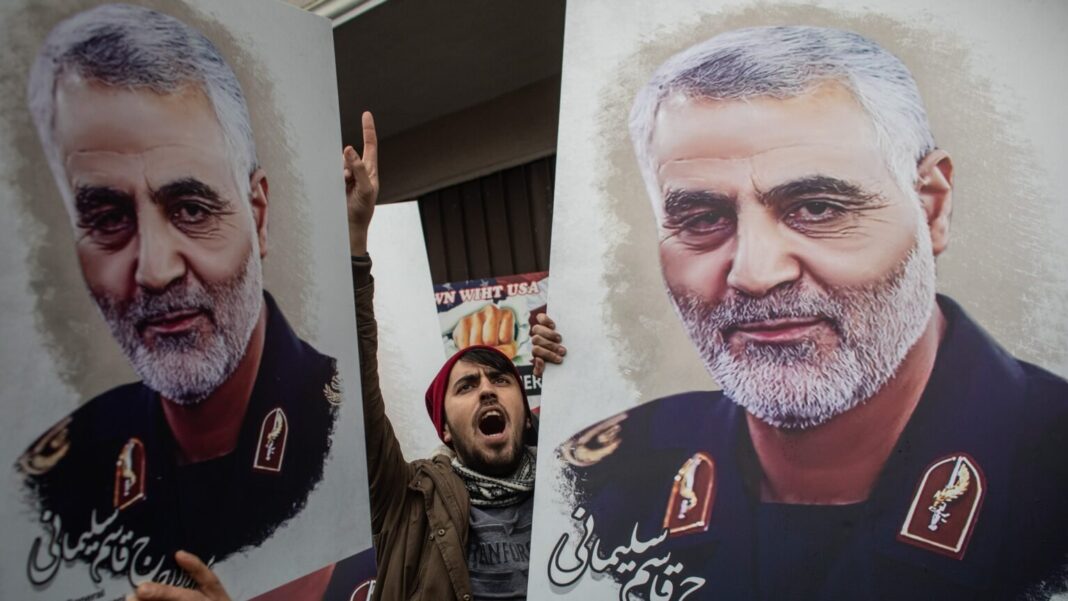 The warning comes as the early days of January have already seen attempted drone attacks on American forces at al Asad Air Base in Iraq. Photos show that at least one drone was marked with “Soleimani’s revenge,” a reference to the US military strike that killed Iranian Gen. Qassem Soleimani in Iraq two years ago.

Israeli has in recent months launched an aggressive campaign aimed at destroying shipments of Iranian-made advanced weapons, including drones, to Houthi rebels in Yemen and Hezbollah cells in Syria. Despite these efforts — including a Dec. 27 strike into Syria, reported by the SANA Syrian news agency — Israeli intelligence assess that the groups have recently received new Iranian-made attack drones, including those apparently used in the most recent attack.

Israel has already attacked Iranian bases hundreds of times throughout Syria, as well as convoys of weapons making their way from Tehran to Syria and Lebanon through Iraqi soil, in an attempt to reduce the power of Iranians operating on Syrian soil.

The development of new drone capabilities and tactics may drive other nations in the region opposed to Iran to follow Israeli’s strategy of preemptively striking against Iranian convoys, the Israeli defense sources say. The sources said there is an expectation Saudi Arabia, in particular, will begin such operations in the near-future.

Tal Inbar, an Israeli expert on drones told, Breaking Defense that the Iranian armed drones “are very accurate and carry relatively heavy warheads.” He added that the Iranians have developed ways to launch salvos of armed drones, in an effort to overwhelm air defense systems.

While the threat from Iranian-made drones has been well known for several years, 2021 brought the threat to the forefront of regional strategic decision making. The summer saw a suicide drone strike against a commercial vessel kill two civilians, while an drone attack against American forces in Syria made clear drones are now the weapon of choice for Iranian proxies. And in November, Yemen’s Iran-backed Houthi movement said it fired 14 drones at several Saudi cities, including at Saudi Aramco facilities in Jeddah.

While the US has attributed these strikes to Iran-backed proxies, Pentagon spokesman John Kirby said Tuesday that the Defense Department is not ready to make that official call with this week’s attacks in Iraq.

“They’re recent. Just occurred, so I’m not in a position to provide specific attribution of a group or an organization,” Kirby told reporters at the Pentagon. But, “these kinds of attacks are very much in keeping with the kinds of attacks we’ve seen from Iran backed militias in Iraq and in Syria. And so obviously our working level assumption is that such groups were responsible for these.

“But I don’t want to speculate beyond that. It’s in keeping with the kinds of tactics, techniques and procedures we’ve seen from these groups in the past,” Kirby said, later adding “We continue to see threats against our forces in Iraq and Syria by militia groups that are backed by Iran.”

In a December interview with the Associated Press, Gen. Kenneth McKenzie, the head of US Central Command, specifically called out the threat of drones as one he is watching closely.

“And so those things are very concerning to me because they continue to develop them,” McKenzie said. “And they show no signs of abating in their research in this field, and their fielding of new and increasingly lethal and capable weapons.”

The IRGC has managed to build a credible arsenal of drones by reverse-engineering downed US and Israeli-made drones in Afghanistan, Iran, Iraq, and elsewhere. For example, Iran’s Shahed 129 drone is modeled after an Israeli Hermes drone that Iran shot down near the Natanz nuclear enrichment facility.

The drones are trafficked by Unit 190 of the IRGC’s Qods (Quds) force under the direct supervision of Amirali Hajizadeh, the commander of the air unit, according to Israeli statements.

The Chinese flights are not likely to abate any time soon, Dean Cheng, a top...