Acasă Anchete What is needed is fewer new slogans like “Integrated Deterrence” and more,... 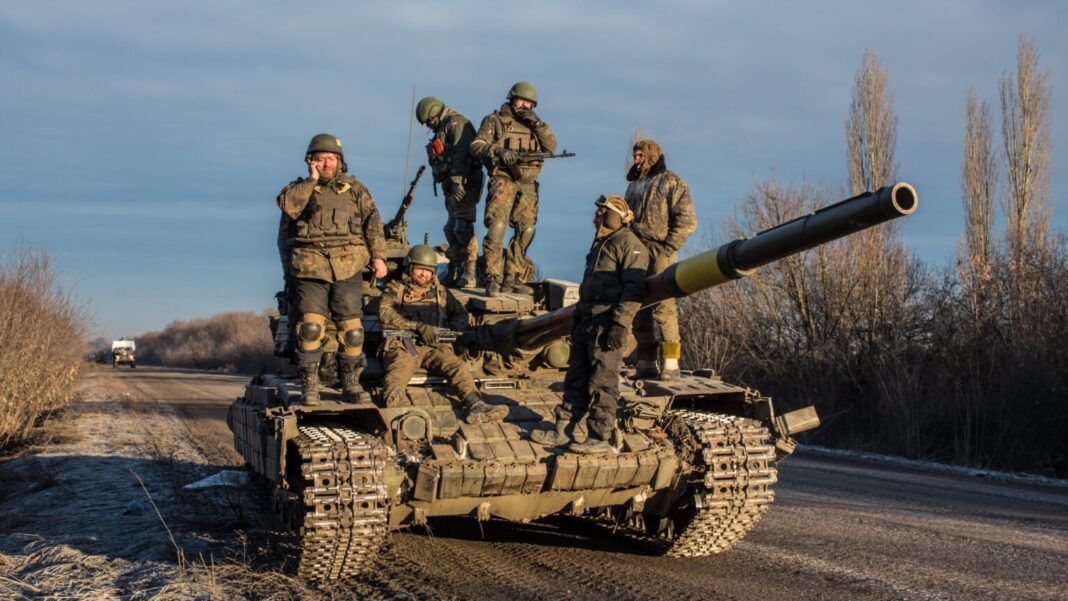 While fears that Vladimir Putin would order a Christmastime invasion of Ukraine appear to have been misplaced, Western consternation over Russia’s plans have hardly gone away. In the op-ed below, Joshua Huminski of the Mike Rogers Center for Intelligence & Global Affairs argues that the forward positioning of Russian forces proves that in the digital age, the raw power of conventional arms remains a military (and political) force to be reckoned with.

Russia’s mobilization on the border of Ukraine should signal to observers that the utility of conventional forces and the realities of hard power have never left the geopolitical discourse. For much of recent history, many pundits, politicians and policymakers alike have fixated on cyberspace as a new domain, and the possibilities of space and the information space as battlefields, often to the exclusion of investment of critical conventional assets.

On the extreme end of the scale, there are those that have argued that warfare will simply be a function of ones and zeroes, conducted neatly behind keyboards or, at worst, via drone proxy. To be sure, cyberspace, space and the information domains will be areas in which battles will be fought and through which campaigns will be waged. But as Russia is demonstrating, raw, hard power and conventional assets still matter, not only as lethal warfighting materiel, but as powerful chips in the poker game of geostrategic politics.

Russia’s present behavior is, at least thus far, a return to coercive diplomacy. While it remains to be seen whether or not Moscow will in fact expand its invasion of Ukraine (having seized Crimea in 2014), President Vladimir Putin is using the mass mobilization of tens of thousands of troops in an attempt to drive the United States, NATO and Kyiv to the negotiating table – already prompting a series of diplomatic calls, including more than one between US President Joe Biden and Putin. Were Putin to simply make the same demands without the backing of the 41st and 58th Armies, he would undoubtedly receive considerably less attention than he is now.

Moreover, Russia’s aggressive non-military activities—poisoning spies, killing dissidents, bombing arms depots, waging cyber warfare, interfering in elections and more—are not a sign of weakness. Quite the opposite. Why? Moscow is confident that it can carry out these operations with little, if any repercussions, because they wield a substantial conventional deterrent force. Russia can continue its campaign of political warfare not only because these efforts are below the threshold of war but also because it has the conventional forces to ensure that NATO and the United States are sufficiently wary of provoking Moscow or contributing to politically driven escalatory behaviors.

While we may wish to see that this is an aberration, it is, in fact, more “normal” conduct on the international stage than we would like to think. The West has largely adopted an attitude where conventional hard power no longer matters, expecting technology to be a panacea, globalization to prevent future conflict and believing that modern nation-states do not use the threat of force to pursue political goals.

This is particularly acute in Western Europe, which believed (and believes) that the European Union eliminated the likelihood of future war, and which presently enjoys the security guarantees of the United States. But it stands in sharp contrast with the fears of the Baltic States, Finland, Poland and others that face the bellicosity of Russia in tangible ways on a daily basis and have responded through the reintroduction of conscription, increased military investment in conventional assets and efforts to increase societal resiliency.

For European security, much closer conventional integration and coordination with these states is now more important than ever before, albeit perhaps too late to dissuade the Kremlin’s short-term ambitions. This is not a return to the Cold War or a prelude to a new REFORGER plan.

In Europe, the United States must leverage its NATO and non-NATO allies, demonstrating to their capitals Washington’s seriousness, while continuing to push them to meet their spending commitments, holding regular joint exercises and rotating appropriately postured and structured units through Central and Eastern Europe. The last task is something the allies can only do if the Pentagon fields the necessary conventional assets to support it.

While Russia has understood the value and utility of a robust conventional force, it only appears to have dawned on Congress with the most recent National Defense Authorization Act (NDAA) [PDF]. To Congress’ credit, the latest NDAA does increase spending on ships, tanks, munitions and other assets. But even this realization is well behind the power curve when compared to Beijing and Moscow, and it doesn’t reflect some hard choices about inter-service spending priorities and strategic alignment (to say nothing of the long-lead time for ship building).

Cyber warfare, space dominance, and the information battlespace all matter, but conventional forces signal seriousness and commitment, both of which are necessary to convince America’s allies on the borders of Russia and China that Washington will be there for them should the need emerge. What is needed is fewer new slogans like “Integrated Deterrence” and more, serious conversations about America’s strategy toward Moscow and Beijing, and the signals Washington’s investment in tangible assets sends to allies and adversaries alike.

From Moscow, and indeed Beijing’s perspective, this delayed seriousness has demonstrable and visible effects. The aggressive deployment schedule of the US Navy is leading to sub-par performance, poor maintenance and has put our presence in critical areas at risk. The absence of an aggressive and sustained long-term shipbuilding program would suggest to the Chinese Communist Party that America isn’t serious about projecting American power and protecting American interests in the Indo-Pacific.

The absence of procurement programs that ensure sufficient quantities of munitions—bombs, missiles, and more—demonstrates a lack of seriousness about the threats both Russia and China present today, tomorrow, and next year. We’ve already seen how much a short-term conflict can strain the stores of ordnance, something that almost certainly enters into Moscow and Beijing’s calculus.

Such a realistic investment and acquisition program for the Department of Defense does not discount the other aspects of American power or its pursuit in next generation technologies. Far from it. Soft power, diplomacy, and other tools of statecraft still matter, but they only matter when they are backed by a realistic, sustained, and supported conventional hard power deterrent.

Were Putin not deploying upwards of 175,000 troops by the Spring of this year (if forecasts are to be believed), few would be paying as much attention to the present situation in Ukraine as they are today. Like it or not, conventional hard power matters and never went away, something Putin clearly recognizes. The sooner Washington comes to terms with this reality, the sooner we can get on with the business of proper hard power geopolitics.

Joshua C. Huminski is Director of the Mike Rogers Center for Intelligence & Global Affairs at the Center for the Study of the Presidency & Congress, and a George Mason University National Security Institute Visiting Fellow. He can be found on Twitter @joshuachuminski.

“These efforts are not about creating physical traits that don’t already exist naturally. This is...

The near-term challenge for DMO is figuring out how to take existing platforms and systems...