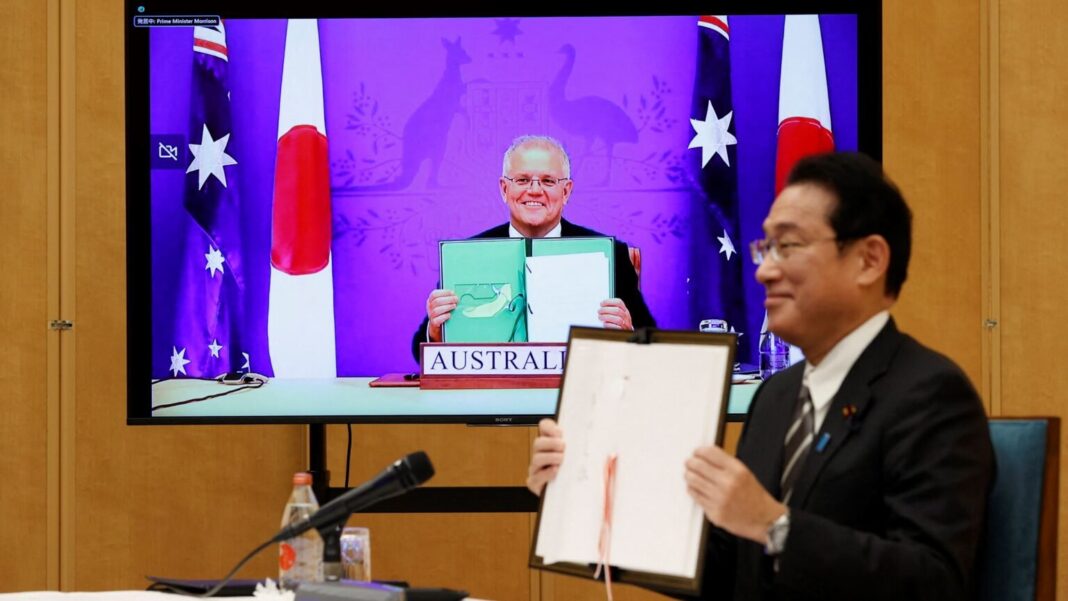 China, clearly worried by an extraordinary new defense treaty between Australia and Japan, is warning against creation of what one government publication called “a NATO in the Pacific.”

The new agreement, signed Jan. 6, allows military forces from each country to train at each other’s bases and to collaborate on humanitarian missions.

To anyone who knows their World War II history, the idea of Japan and Australia — both US treaty allies — agreeing to let their forces train and perhaps fight side by side is pretty remarkable. Japan’s bombing of the northern port of Darwin and the mini-sub attacks at Sydney Harbour, combined with the ruthless and cruel treatment of many Australian POWs, all colored the relationship between the two powers for more than half a century.

“(It) is probably one of the most significant moments I can recall … to stand with the Japanese prime minister honoring our fallen in Australia from the Second World War,” Morrison said in comments during the treaty signing. “I cannot put into words what it is about, and here we are, two countries, a few generations later, concluding an agreement such as this, it is truly breathtaking and remarkable.”

Japan’s ambassador to Australia, Shingo Yamagami, made pretty clear that China was a driving force behind the treaty finally being signed. “In light of the deteriorating security environment, what Japan and Australia can do together is first of all to increase deterrence,” he told the Australian Associated Press.

China clearly does not like increased military cooperation between countries not in its orbit or ones that improve American treaty allies’ capabilities, such as the AUKUS pact.

In the Global Times, an official publication that often reacts in the harshest terms to security developments unwelcome in China, the headline claimed that the new treaty would “inflame regional tensions.” The article quotes Song Zhongping, a former PLA officer who now is quoted regularly by the publication, as saying that the US hopes “to link the two military alliances together to have the effect of ‘one plus one is bigger than two,’ forming another NATO in the Asia-Pacific region.’”

Peter Jennings, head of the Australian Strategic Policy Institute here, offered an interesting summary of the new agreement between Australia and Japan, saying it “could mean we will see Japanese Self Defence Force personnel in significant numbers exercising and training with their Australian counterparts and the US Marines out of Darwin.

“Japanese Joint Strike Fighters could access our training ranges to practice missions over land, Australian submarines and warships could operate out of Japanese military bases, our special forces could build expertise together working with Southeast Asian partners.”

If such things come to pass, you can see why China might not be terribly pleased by these closer ties.

Recent gains in readiness and modernization are fragile, Army leaders warned, and budget cuts would...