Acasă Anchete The Ground Based Strategic Deterrent, Columbia-class ballistic submarine and B-21 bomber could... 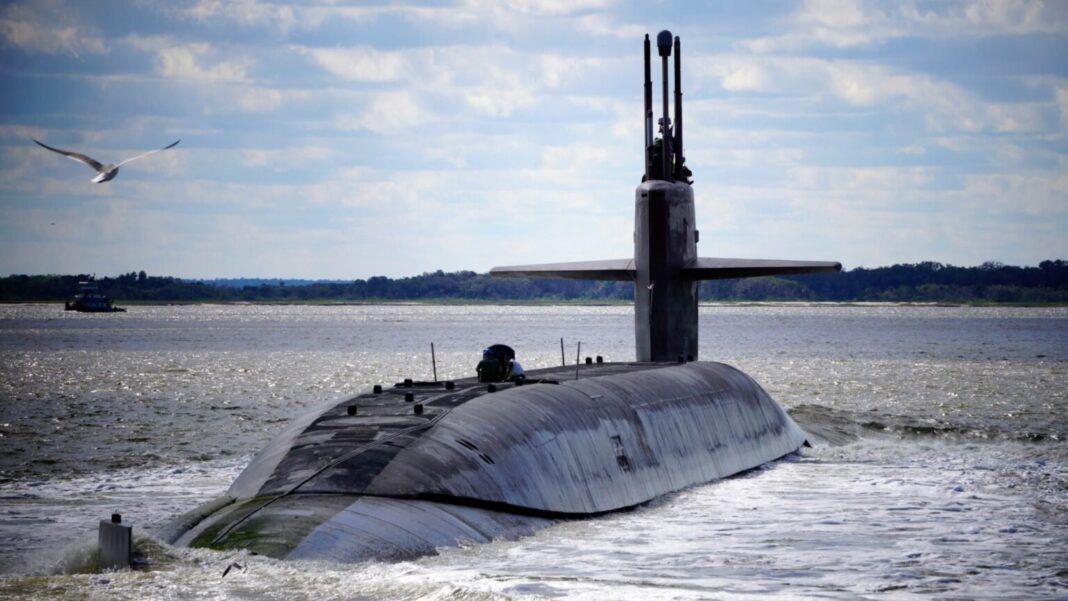 A full year continuing resolution would “irreversibly delay” the modernization of the US nuclear triad, potentially causing the new Columbia-class submarine, B-21 bomber and Ground Based Strategic Deterrent program to be fielded behind schedule, Navy and Air Force leaders warned today.

Lawmakers have until Feb. 18 to pass new funding legislation or to extend a continuing resolution that keeps funding levels stagnant at fiscal 2021 levels. With concerns growing about the probability of a full year CR, service chiefs sounded alarm bells during a House Appropriations subpanel hearing about the potential impact — including what Air Force Chief of Staff CQ Brown termed as “unacceptable delays” to nuclear programs.

Specifically, a yearlong CR would result in the following impacts to three of the Pentagon’s most vital nuclear modernization efforts:

There would also be schedule impacts to other nuclear weapons programs. The Air Force’s Long Range Standoff Weapon — a Raytheon built cruise missile that can be outfitted with a conventional or nuclear warhead — could see IOC delayed by about a year, Brown said. Currently, the service is aiming to field it around 2030.

While the gap between the Pentagon’s FY21 budget and its FY22 spending request is only about $8 billion, the fiscal impact of a yearlong CR to the department is about triple that because the services would not be allowed to start new programs, ramp up production of key technologies, or shift funding away from areas like the Afghan Security Forces fund, which is now defunct after the collapse of the Afghan government, said Pentagon Comptroller Mike McCord.

While the Pentagon has some latitude to transfer funding among programs during a CR, McCord pointed out that changes to most major programs require congressional approval.

“Even if we get past that issue, which we would need to, just to fix one high-impact problem — the billion-dollar shortfall in the Ground-Based Strategic Deterrent program — would consume 25% of the $4 billion in general transfer authority available to me for the entire Department for the year, and yet I would still have dozens of other CR-imposed funding shortfalls to address,” he said.

Here’s how each of the services could be impacted by a CR:

According to the testimony of Army Vice Chief of Staff Gen. Joseph Martin, a full-year continuing resolution would have a $12.9 billion impact on the service, including $9.2 billion in misaligned funds. That includes a $2.6 billion impact across 147 programs and projects, “to include signature modernization efforts and priorities.”

Martin told appropriators that the Army has 71 “new start” programs, or programs planned to launch this year, that wouldn’t begin if there is a permanent lapse in FY22 defense appropriations. In addition, Martin said 29 programs would have procurement delays and 32 developmental delays.

The Army has a vast, and expensive, ongoing modernization effort with 35 priority programs. Gen. James McConville, the Army chief of staff, said last year that 24 of the 35 modernization programs will be fielded to soldiers in various phases of prototyping by FY23. Under a full-year CR, Martin warned, 19 of 24 programs would be delayed.

The Long-Range Hypersonic Weapon, a top Army modernization priority, is set to deliver its first battery to soldiers in FY23. Martin said that a full-year CR would not delay the delivery of the first battery, but initial operating capability of the second battery would be delayed from FY25 to FY26. The service also wouldn’t be able to field training rounds this year under a full-year CR.

Martin added that a potential full-year CR would also “severely impact” this year’s Project Convergence event, a signature effort where the Army works to connect previously disconnected warfighting systems. The service plans to open the experiment to allied nations this year.

“All the progress we’ve made over time for the past two years, will be slowed at best [and could] be potentially stopped,” Martin told the subcommittee. “Our adversaries are not having the same problem with consistent predictable, timely funding for these various programs.”

The Navy and Marine Corps

The discrepancy between the Department of Navy’s budget requests in FY21 and FY22 only amounts to $4.4 billion. However, “when adjusted for CR funding restrictions on new starts, production rate increases, and appropriation rate increases, a full-year CR would misalign $14.0 billion in resources,” Gilday said.

Under a full year CR, 24 new starts and 15 production rate increases would be unable to go into effect, Gilday said. Those new starts include small and medium unmanned undersea vehicles, the development of Next Generation Fast Attack Nuclear Propulsion systems, and weapons for Navy fighter jets like the Offensive Anti-Surface Warfare Increment 2 missile.

Meanwhile, the Marine Corps would not be able to begin buying MQ-9 Reaper drones or ramp up production of equipment like the amphibious combat vehicle and F-35B stealth fighters.

Gilday also raised concerns about a potential $1 billion shortfall in its operations and maintenance account, which will make it more difficult for the service to support US Indo-Pacific Command’s requirements. The cut to O&M could also result in fewer flying hours for pilots, which raises the risk of increased mishaps.

“There’s compounding problems that we’re going to have to deal with,” Gilday said.

Berger added that the Marine Corps could be forced to cut several exercises in the Asia Pacific, such as Cobra Gold in Thailand and the joint Valiant Shield wargame that spans the Pacific Ocean.

The Air Force and Space Force

In a yearlong CR, the Air Force would lose up to $3.5 billion dollars in purchasing power, including a “catastrophic” $2.3 billion cut to operations and maintenance that could force the service to cut flying hours and shut down squadrons, Brown said.

“As much as a year-long Continuing Resolution affects our Air Force fiscally, the impact it has to our rate of change is more shattering,” Brown said in written testimony. “All the money in the world cannot buy more time; time is irrecoverable, and when you are working to keep pace against well-resourced and focused competitors, time matters.”

Beyond the impact to nuclear programs, there would also be consequences for conventional weapons development and procurement, Brown said. The Air Force would not be able to purchase its first lot of 12 hypersonic missiles, the AGM-183A Air-Launched Rapid Response Weapon (ARRW).

Further, with the service unable to increase funding for the Next Generation Air Dominance program by $600 million, the effort would slip two years behind schedule, he said.

Chief of Space Operations Gen. Jay Raymond said that the Space Force would be “particularly impacted by limits on new starts” due to its status as a new service still in the process of standing up. In addition, the service would only be able to conduct three space launches in FY22 instead of the five currently scheduled.