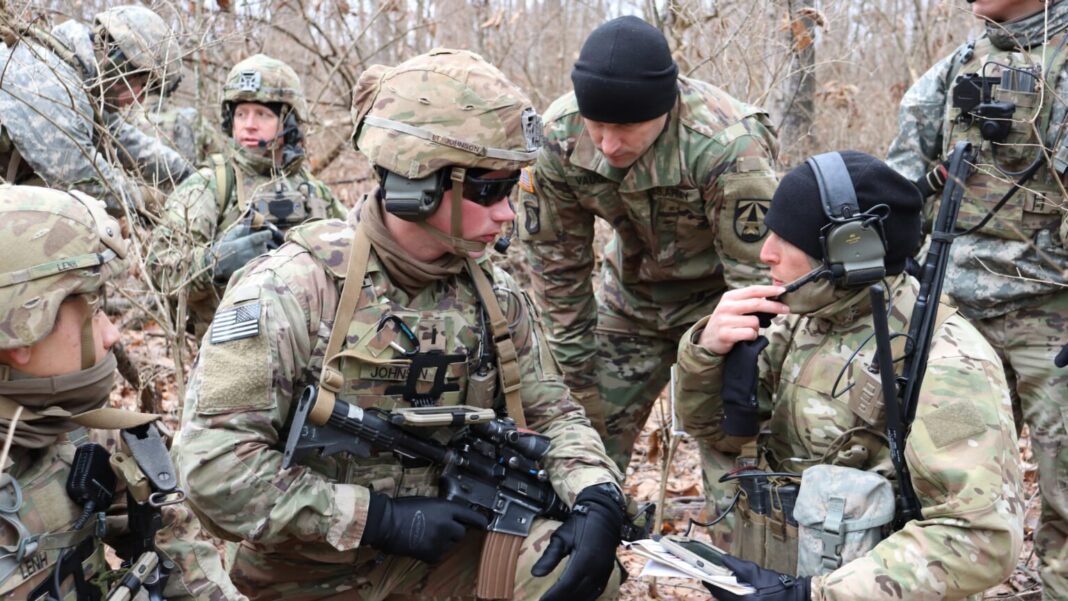 The US Army’s tactical network team has a “significant amount of momentum” going into the new year as it plans to develop and field new network tools to soldiers, a senior Army network official said today.

By the end of fiscal 2022, the Army tactical network team plans to have tools from its Capability Set ’21 in action with eight brigade combat teams and six expeditionary signal battalions-enhanced, and to have provided capabilities to two Multi-Domain Task Force units, according to Maj. Gen. Rob Collins, director of Program Executive Office Command, Control, Communications-Tactical.

The Army’s network upgrade initiatives are part of the service’s larger multi-billion-dollar modernization push to build a force ready to confront near-peer threats, including sorting out a plethora of digital problems.

“The future network must be high-speed, it must be high-capacity, it must be multi-path and ubiquitous to the user,” said Brig. Gen. Jeth Rey, director of the Army’s Network Cross-Functional Team, who spoke on a panel with Collins at the AFCEA Northern Virginia Army IT Day.

The Army is modernizing its network through iterations of new network tools delivered to units every two years and is currently working through three sets at once. Capability Set ’21 focused on immediate gaps in the Army’s network for infantry units. Capability Set ’23 is designed for Stryker brigades, and Capability Set ’25 centers on armored formations.

Capability Set ’23 is just a few months away from its Critical Design Review in April, a key acquisition milestone where the service will make final network design decisions before production and fielding to soldiers starting in FY23.

After Preliminary Design Review in April last year, the modernization team worked with the Stryker brigades with the Europe-based 2nd Calvary Regiment to inform design decisions. The service is just about to start another technical test this month, and Collins said network modernization leadership is “very comfortable” with the current work.

Meanwhile, the Army will start a pilot program with the Third Infantry Division at Fort Stewart, Ga., later this month to learn more about the network needs of its armored brigades. That pilot program, previewed by Breaking Defense last year, will test both mature and immature technologies, and collect data on armored on-the-move communications needs to inform Capability Set ’25.

“The armored formations offer some unique environments that they operate in. [They are] very space-, weight- and power-constrained platforms,” Collins said.

Both generals highlighted the importance of continuing the Army’s work on developing a data fabric in 2022 to enable Joint All-Domain Command and Control, citing networking experiments at Project Convergence in October 2021. A data fabric will help link disparate platforms together and will allow those systems to pass important warfighting data, but Rey said that there likely won’t be a single fabric.

“industry partners are probably thinking that we’re … laser-focused in on a particular data fabric, but we’re not,” Rey said. “I believe there are going to be multiple different types of data fabric. We need those data fabrics to be… open-sourced, where they can actually collaborate with one another.”