Acasă Armata The program produced four vessels that will now be at the Navy’s... 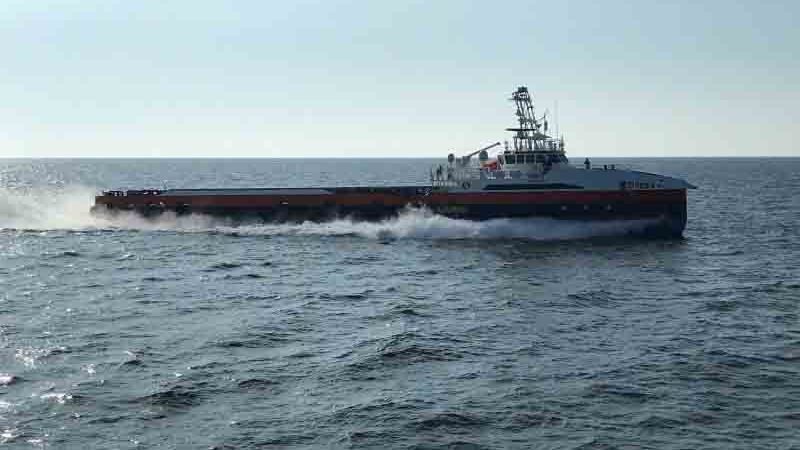 Project Overlord, an experimental unmanned surface vehicle program, has completed its work and has been shut down by the Strategic Capabilities Office, a secretive research and development organization within the Pentagon, a Navy official revealed today.

Its conclusion is a significant milestone, marking a period of transition between the Pentagon’s research and development enterprise and a complete entry into the Navy’s fleet.

Overlord, which produced four vessels in total that will be transferred to the Navy’s developmental squadrons, ended in December with a capstone demonstration, Capt. Pete Small, program manager for unmanned maritime systems, told attendees at the Surface Navy Association’s national symposium.

“What did we gain out of that?” Small said referring to Project Overlord. “The first thing we gained is the platforms. We’re getting those free of charge… It’s something on the order of $370 million” over three years invested by the SCO into unmanned vessels.

That includes not just the platforms, but the technology and capabilities held within the ships, such as the control software. With the SCO’s activities complete, the Overlord vessels will be transferred to the Surface Warfare Development Squadron this month.

Among the vessels’ accomplishments are multiple journeys from the Gulf Coast passing through the Panama Canal and ending up on the West Coast, clocking in around 4,700 miles transited per trip.

The capstone event, Small said, was a two-part demonstration that focused on stressing the autonomy and reliability of the vessels. “We got a good sense for where we are [and] we found some shortcomings in those areas of reliability and operability,” he said. Small added the second part of the event was a fleet exercise to test how well the vessels could be integrated into Navy operations.

The Navy’s pitch to Congress on unmanned technology and lawmakers’ reception has been a popular topic during the surface warfare conference. In comments during SNA, Rep. Elaine Luria, D-Va., said she remains unconvinced the service has adequately connected its budget requests and the narrative and strategy of how the service will use the technology.

Meanwhile, Rep. Mike Gallagher, R-Wisc., said he wants the Navy and industry to more effectively demonstrate what deterrent effects unmanned systems could have.

“What is the deterrent value of some of these unmanned systems and that’s an area where I think industry, but I think academia and the think tank community can help someone like me how we’re thinking” about unmanned systems, he said.