Acasă Anchete France has been tight-lipped about what it is sending to Ukraine, until... 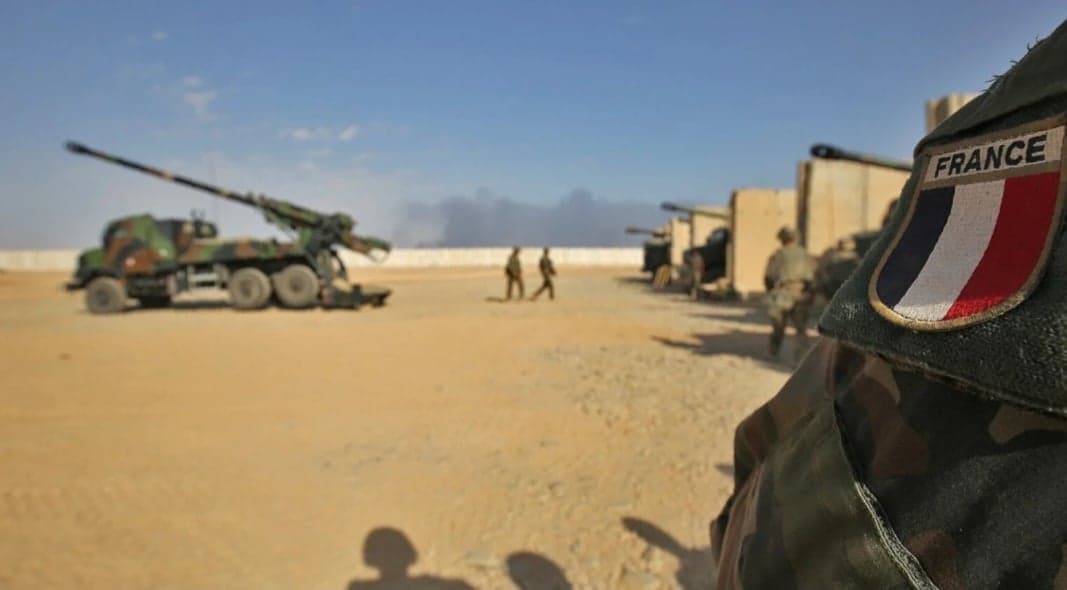 Breaking the self-imposed silence on what weapons it is providing to Ukraine, France confirmed on April 29 it is loaning 12 Caesar truck-mounted guns and gifting several tens of thousands of shells and Milan anti-tank missiles to Ukraine.

French President Emmanuel Macron, who was re-elected for a second five-year term on April 24, told his Ukrainian counterpart Volodymyr Zelensky in an hour-long telephone conversation on April 30 that French military support and humanitarian aid would “continue to increase.” In addition, the French experts’ mission contributing to gathering proof of war crimes committed by Russia in Ukraine “will be prolonged” according to a statement released after the two heads of state spoke.

It is perhaps not coincidence that France is being open, for the first time, about its weapon shipments to Ukraine now that Macron is now longer fending off a political challenge from euro-skeptic Marine Le Pen. After the French election Macron said that during his second mandate he would “actively work to re-establishing Ukraine’s sovereignty and territorial integrity through close coordination with our European partners and allies.”

French media reports have previously revealed that France has sent satellite imagery and Milan, Mistral and Javelin missiles, the latter acquired in the United States for operations in Afghanistan. But Paris had been tight-lipped about what they were sending, so as not to antagonize Moscow and keep diplomatic channels open.

Macron and Russian President Vladimir Putin had been talking by phone daily until revelations over a month ago of suspected war-crimes in the Ukrainian town of Bucha. Contact between the two men resumed on May 3 when, according to the Elysée Palace (the French president’s office) they had a two-hour, 10 minute phone conversation during which Macron “called on Russia to live up to its responsibilities as a permanent member of the Security Council by putting an end to this devastating aggression” and “renewed his demand for a ceasefire”.

The announcement concerning the Caesar guns was hinted at by Macron two days before his re-election in an interview with Ouest-France, Germany’s Westdeutche Allgemeine Zeitung and Italy’s Corriere della Serra in which he confirmed that France had delivered Milan anti-tank missiles and revealed, almost in an aside, that Caesars would be sent. “We are delivering consequential equipment, from Milans to Caesars via various other types of weapons. I think we need to continue on this path. Always with the red line which is not to enter into co-belligerence.”

In the days since, 40 Ukrainian soldiers have arrived in France to learn how to use the Caesars, which are 155mm howitzers that have a top range of 40 kms (25 miles), roughly twice the range of the Russian guns currently deployed in the war zone. The 12 being loaned to Ukraine come from French Army stocks reducing those to 64 units.

The 155mm/52 caliber ordnance, semi-automatic gun can fire six shells a minute at a target between 3 to 25 miles away “whatever the weather” Hervé Grandjean the Armed Forces Ministry spokesman, confirmed this week.

Retired Colonel Jean-Luc Lefebvre, formerly responsible for the curriculum at the École de Guerre (war college) and a frequent commentator in French media on the war in Ukraine, told Breaking Defense that the Caesar, being a counter-battery weapon, would allow the Ukrainian army to detect where Russian shelling was coming from and riposte.

“This is a sophisticated weapon and politically shows that France, just like the US and the UK, can send high technology material to help the Ukrainians,”  Lefebvre said. He added that it was “also likely that France wants to show the Ukrainians that help is not only coming from the Americans.”

Marc Chasaillan, a weapon systems expert, told Breaking Defense that “to be honest France doesn’t have much choice as to what systems it can send, so the Caesars clearly marks a step up.” He said that sending guns and ammunition “is great but what I don’t know, and this is a fundamental question, is whether donor countries are also providing the fire control and targeting systems for these heavy artillery systems.”

Regardless, Chasaillan said, “the great advantage of the Caesar is that the Ukrainians can learn to use and maintain it in a week.” Speed is also a factor: it takes less than 60 seconds to get the Caesar into action, and less than 40 seconds for it to pack up and move to a different location. The weapon has been operational in the French Army since 2010 and has been combat deployed in Afghanistan, Iraq and Mali.

The DGA, the Armed Forces Ministry’s procurement agency, in December 2021 awarded a €600 million ($681 million) four-year initial development and qualification contract to develop a new generation of this weapon, the Caesar NG. However, as work had already started on the new design in 2021 the qualification will take place in 2024. At that point the DGA will have a choice to make: it will either order 109 new systems, or it will only order 33 new systems and upgrade the 76 existing systems (assuming none are destroyed in Ukraine).

The new truck for the French Army will be almost entirely redesigned by Arquus but the armored cabin will be designed and built by Nexter.

“You don’t have to be a doctor or a four-star general to understand that spending...