Acasă Anchete The Navy and Marine Corps will likely release the study’s results in... 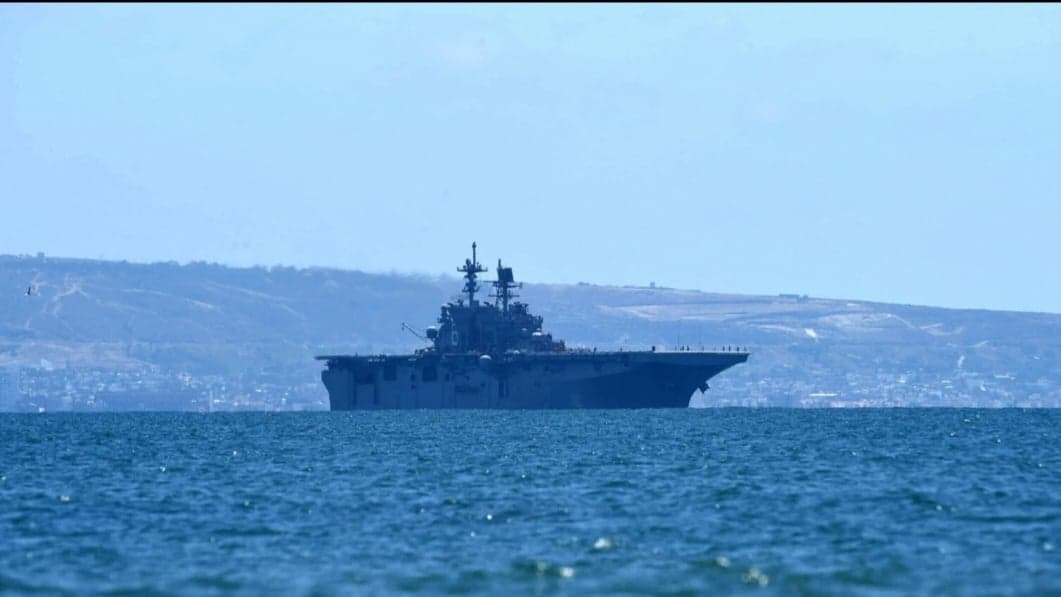 With the Marine Corps weeks from making public the findings of a recently completed study on amphibious ship requirements, top service officials have begun making the public case  for greater investment in L-class ships.

“Through our wargaming and experimentation efforts, we are also learning that we can take advantage of the amphibious ship’s essential characteristics in new ways,” Marine Corps Commandant Gen. David Berger told attendees today here at the Modern Day Marine Exposition. The service chief continued by listing off a variety of functions the well deck of an amphib could be used for, such as deploying unmanned vessels for fires or ISR purposes.

The top Marine, alongside the Navy’s top civilian, Secretary Carlos Del Toro, spent much of their opening remarks dwelling on the importance of amphibious vessels for the service. While top Marine Corps officials rarely pass up the opportunity to talk about the service’s favorite ship, the messaging this week comes at a key moment.

Berger, Del Toro and Chief of Naval Operations Adm. Michael Gilday will all testify before lawmakers this week about the Navy’s latest budget request. Coinciding with the budget hearings is the completion and delivery of a joint effort in studying the amphibious ship requirement for both the Navy and Marines.

Beger told reporters last week the study would likely become public in the coming weeks and that the results will “not surprise” anyone. “It’s not less. It’s not fewer,” he said.

Lawmakers have been sympathetic to the Marine Corps’ long-standing goal of 38 amphibious vessels, but the long-bemoaned budget constraints of Washington, DC have made that a tremendously difficult goal to reach. Shortly after Berger became commandant in 2019, he altered the 38-ship requirement and opted to reduce the number of overall big deck ships in lieu of the service’s upcoming Light Amphibious Warship.

The service’s standing requirement for amphibious warships is 31 traditional L-class vessels, 21 small and 10 large, as well as 35 Light Amphibious Warships. The latter, also called LAWs, are envisioned as “shore-to-shore” connectors that can move Marines and equipment easily in a place such as the Indo-Pacific without the need for a dock or port, Lt. Gen. Karsten Heckl, the service’s top requirements officer, said today.

“From the LPD Flight II to the LHA, our amphibious platforms provide the expeditionary heart for the modern ARG and MEU,” Del Toro said during the same appearance with Berger during the exposition. (The ARG is an amphibious ready group and the MEU is a Marine expeditionary unit.)

Under the president’s fiscal 2023 budget request, the LAW will be delayed by two years. But during a roundtable with reporters, Heckl expressed confidence in the LAW program, despite the delay. He also said the service is looking at a variety of alternative vessels to use in the meantime while development on the LAW continues.

Bell and Sikorsky have started building their competing prototypes for the Future Attack Reconnaissance Aircraft...