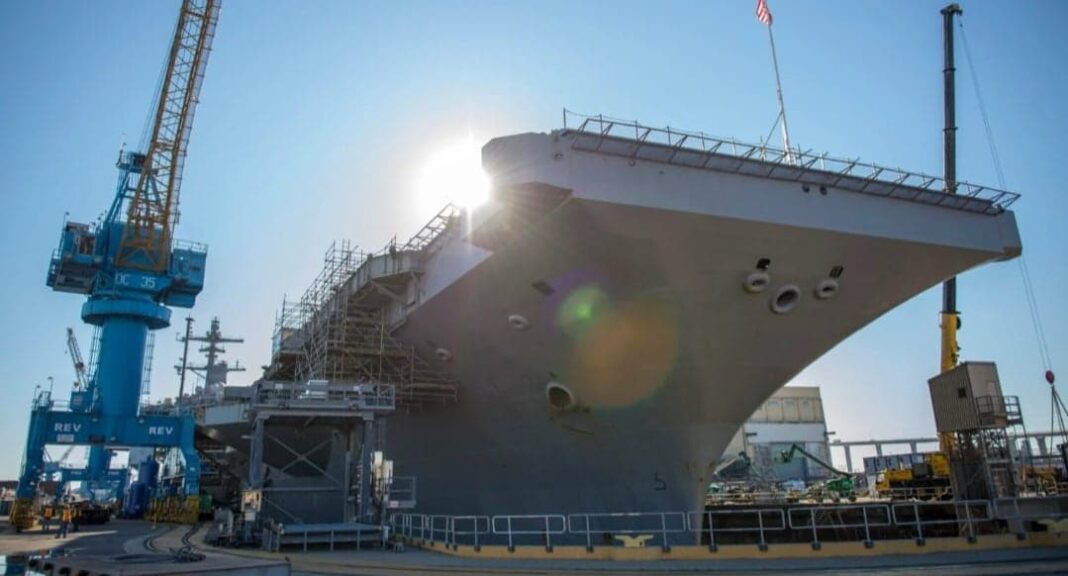 The Navy’s costs for refurbishing its dry docks have nearly quadrupled, pinpointing a cost overrun that several lawmakers have publicly bemoaned but not disclosed, according to a new report by government auditors.

“For example, the Navy’s first three dry dock projects have grown in cost from an estimated $970 million in 2018 to over $5.1 billion in 2022, an increase of more than percent,” according to a new Government Accountability Office report published this week.

Several top Navy officials as well as one from GAO appeared before a Senate panel on Tuesday to testify about the Shipyard Infrastructure Optimization Program. That plan is supposed to revitalize the four public shipyards over 20 years for a bill of $21 billion, but what GAO made clear in its report is that the actual price is likely to be far greater.

“We reported in November 2019 that this $21 billion estimate does not include inflation and other significant costs, such as those for utilities, roads, or environmental remediation, which could add billions to the final cost,” according to the GAO report.

Read a deep dive into the SIOP and the chances of a fifth shipyard being built.

GAO auditors also reported this month that the Navy’s overall SIOP schedule could be at risk. “The Navy’s effort to complete detailed shipyard investment plans has been delayed by 3 years, which could affect the SIOP’s schedule,” according to GAO.

In addition to refurbishing the dry docks, the SIOP aims to redesign the layouts of the shipyards to improve workflow and make numerous capital equipment purchases.

Separately, today, Defense Secretary Lloyd Austin told House appropriators that the investment the Navy was seeking for SIOP in the fiscal 2023 budget request is a “historic amount.”

“We’re asking you for $1.7 billion to put towards this work going forward. That’s an historic amount. It’s twice the amount that we invested in last year,” he said. “I believe that going forward without the impacts of COVID and some other things, that we’ll be able to come closer to meeting our goals and objectives. But, but again, we’re not where we want to be.”

At the moment, there are no plans to reduce the Air Force’s plans to buy...