Acasă Armata „Shortchanging what you can deliver today for a dream sheet regarding the... 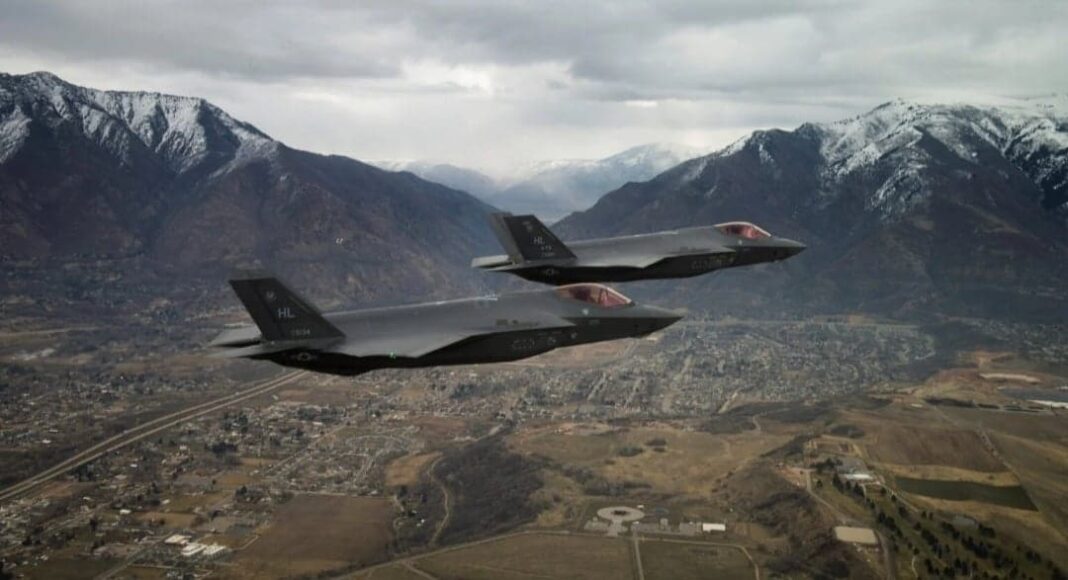 t was only a few years ago that the US Air Force developed a goal of having 386 operational squadrons. But already that number feels like a relic of the past, with service leaders having clearly moved away from it. In this new op-ed, Doug Birkey of the Mitchell Institute argues that the service should respect the research that went into that number and not abandon it.

Four years after the Air Force released its requirement for 386 operational squadrons, the real-world demands facing the service are even more pronounced. Russia has launched an invasion in Europe, China is pressing harder in the Pacific, Iran is closer to a nuclear breakout, and North Korea is developing more advanced long-range missiles.

However, the Air Force budget is poised to cut capacity, not grow it. Today, Air Force leaders are also openly walking away from the 386 requirement. That’s a mistake, and one that Congress needs to take action to correct.

In 2018, the Air Force released an objective assessment regarding the force structure it required to meet the demands of the National Defense Strategy. Congress mandated this evaluation because it was long frustrated by testimony from Air Force leaders that predominantly focused on what force structure the president’s budget would allow, instead of what it actually requires. Section 1064 [PDF] of the FY18 National Defense Authorization Bill sought to address this by tasking the Secretary of Defense to direct three separate studies to “identify a force-sizing construct for the Air Force that connects national security strategy to aircraft inventories” unencumbered by an arbitrary budget.

Each of these three assessments yielded numbers around or greater than 386 operational squadrons. The Air Force institutional bureaucracy is uncomfortable with acknowledging the service needs more forces than it can afford given its current budget. Other branches do not suffer from this mindset — take note of how Chief of Naval Operations Adm. Michael Gilday has talked about how a bigger fleet would be ideal even as he operates under the constraints set by the budget. These insights help Congress and the American people to understand risk and consider the need for additional resources.

The Air Force’s long-term reluctance to acknowledge its actual requirements is a major reason why it currently fields the smallest, oldest, and least ready force in its modern history. For 28 years, the service has received less funding than the Army and the Navy. In fact, according to an upcoming analysis from the Mitchell Institute, the Army alone has received $1 trillion more than the Air Force since 2001.

The consequences of an old and undersized force are dire: airmen strapping into geriatric jets that likely will not survive against a competent foe and combatant commanders unable to execute wartime strategies for want of sufficient airpower.

Given these realities, Air Force leaders have a clear-cut case to argue for more capacity and modern capabilities. After delaying modernization for three decades, the 2020s was supposed to be the decade to reset the Air Force with B-21, F-35, the Sentinel ICBM, HH-60W, KC-46, T-7, and more. However, the funding does not match this reset — this year’s budget request slashes the F-35A buy to 33 jets and seeks to retire legacy types like the F-22 and AWACs years before their replacements enter service. It gets worse in the outyears. Over the next five years, the Air Force is planning to divest around 1,500 aircraft, but only buy about 500. As the saying goes, “No bucks, no Buck Rogers.”

In a recent interview, Air Force Secretary Frank Kendall stated “I’m not focused on counting end strength or squadrons or airplanes.” Instead, he highlighted the need to focus on “the capability to carry out the operations we might have to support [toward] … defeating aggression.”

The problem is that the enhanced capabilities referenced by the secretary and other Air Force leaders are largely aspirational and most will not be fielded until well into the 2030s. Until then, the technology considerations that went into the 386 calculations remains the same, as does the macro strategy. Systems like the Next Generation Air Dominance fighter and advanced unmanned counterparts that will serve as bomber and fighter escorts are great ideas and should be pursued, but they are still largely conceptual. The Air Force needs to add tangible capacity that reduces the strategy-force structure gap now and into the 2030s.

This means increasing the buy for new capabilities in or nearing production: F-35, B-21, KC-46 and the T-7, for starts. These may not be as advanced as future systems, but they are orders of magnitude better than the older systems they would replace — and they are either in service now or will be in the next few years. Aspirational solutions will not affect China’s aggression over the next decade before they are fielded in quantity.

Kendall is right to want to realize future solutions but achieving them demands breathing room, and that means getting the Air Force healthy now. And let’s be honest: even when those new capabilities are ready, the acquisition history of complex programs is such that we can’t assume they will be ready to step in and fight on their target production days.

Everyone should be sympathetic to the realities that comes with the Defense Department operating under a budget made up of outside factors. But if the focus truly is on high-end threats, the Air Force can’t afford to undercut necessary investment now and try to play catch up in the future. Shortchanging what you can deliver today for a dream sheet regarding the future is a dangerous course given the current fragility of the existing force and scope of demand.

Douglas A. Birkey is executive director at the Air Force Association’s Mitchell Institute for Aerospace Studies.